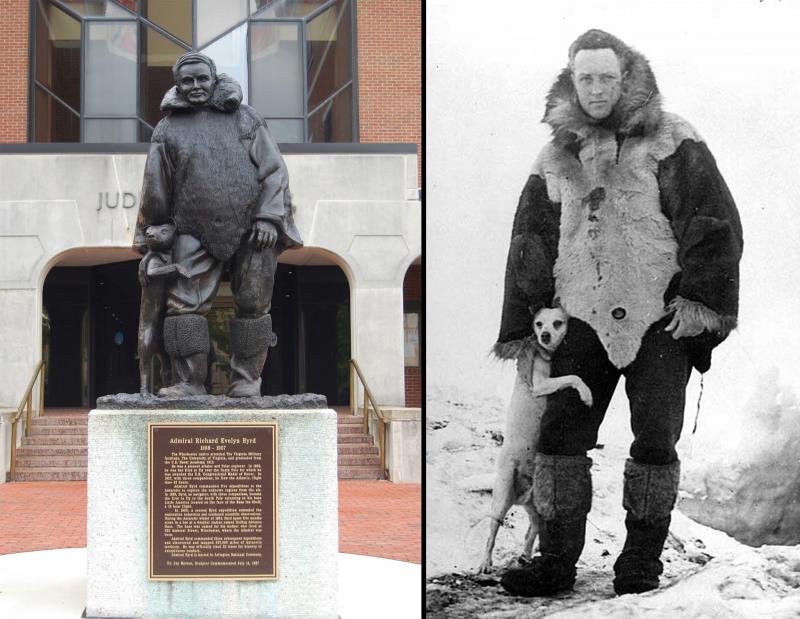 Birds of a Feather

In 1928, Richard E. Byrd led his first exploration of Antarctica. At the time, the expedition was the best equipped journey to Antarctica to date, and included a total of 42 men who stayed through the winter on the southern continent. All members of the expedition were important and served specific roles. The Richard E. Byrd Papers contain many files of information about those who applied and were ultimately selected to serve. Using selections from those papers, students will analyze the characteristics, skills and traits of the men who accompanied Byrd to Antarctica.

In 1928, Richard E. Byrd led his first exploration of Antarctica. At the time, the expedition was the best equipped journey to Antarctica to date, and included a total of 42 men who stayed through the winter on the southern continent. One of the members of the expedition was Paul Siple, a Boy Scout who was chosen in a national search to accompany the Byrd expedition. Here, students will examine documentation that was used to evaluate the scouts who applied to go, and assess the reasons why Siple was ultimately chosen.

Richard E. Byrd led his second expedition to Antarctica in 1933, with the primary goal of advancing scientific research. Though this expedition was organized and carried out during the Great Depression, it was even larger than his first trip in 1928. The Richard E. Byrd Papers are rich with evidence about this expedition, including thousands of photographs that document the day to day experiences of those who participated. Using those photographs, students will describe—visually and textually—daily life in Antarctica.

On May 9, 1926, Richard E. Byrd announced that he and copilot Floyd Bennett were the first to fly an airplane over the North Pole. Though Byrd’s claim was questioned by some during the time, doubters became more vocal after Byrd’s death in 1957. The Richard E. Byrd Papers contain many documents including diaries, letters, and reports pertaining to this controversy. Students will analyze, synthesize and evaluate primary source documents to determine whether or not Byrd flew over the North Pole in 1926.

Who Won the Race to the North Pole: Cook or Peary?

The question—Who was first to the North Pole?—has been hotly debated, and still is to this day. Dr. Frederick A. Cook claimed that he reached the Pole on April 21, 1908. Cook claimed that drifting ice prevented him and his party from returning to civilization until 1909, when he made his announcement on May 21. In the meantime, Robert E. Peary claimed that he was the first to the North Pole on April 6, 1909. The Frederick A. Cook Society collection contains a wide range of materials on both sides of this controversy. Using selections from this material, students will participate in a mock trial supporting their position of who really reached the North Pole.