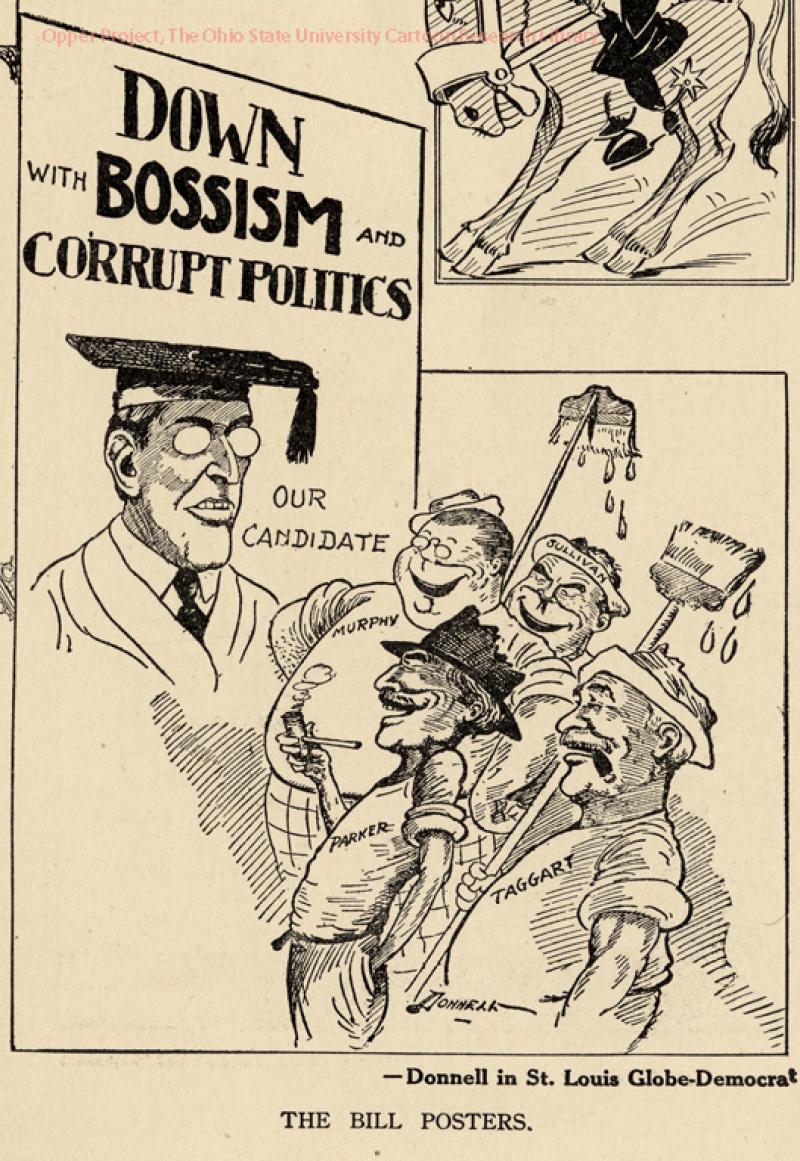 In the early 20th century, "Bosses" and their political machines ran the Democratic Party in urban areas of the northeast. Wilson came out against these Bosses, claiming they undermined the political system through election fraud and corruption.