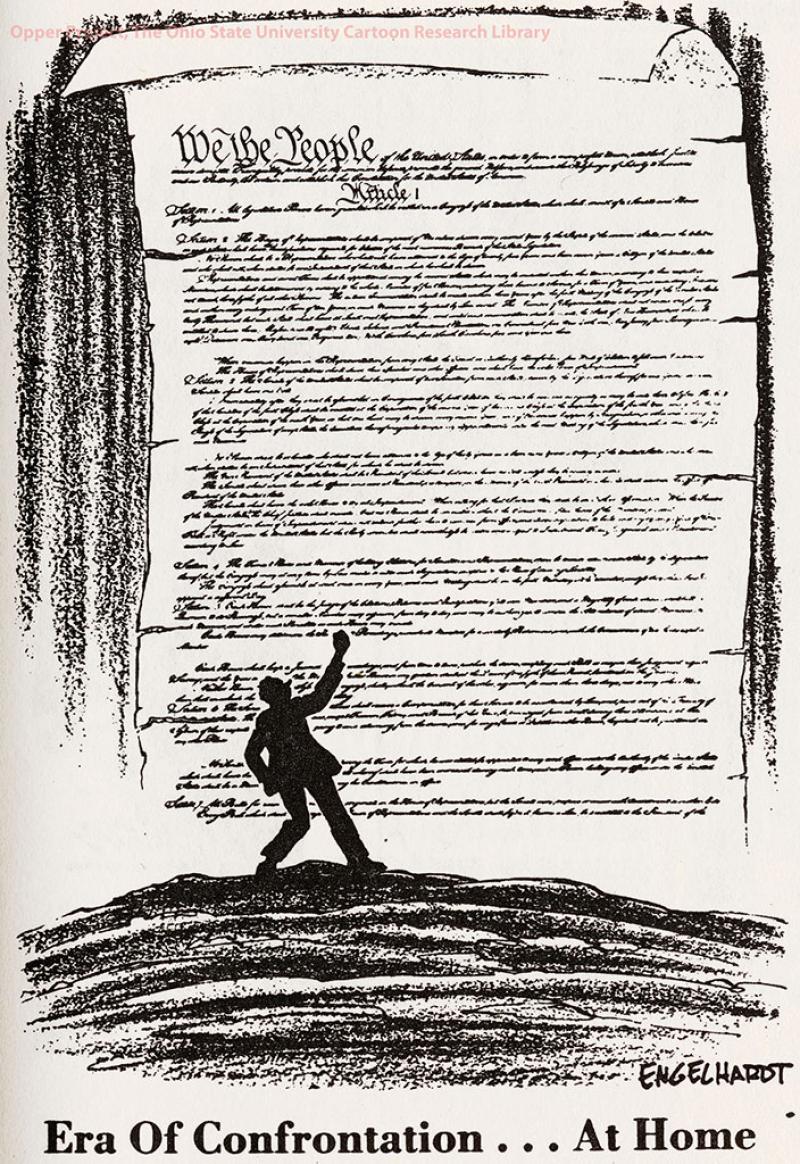 Richard Nixon was elected to the presidency in 1968 as a Republican. In 1972, Nixon ran for re-election. Because of Nixon's characteristic paranoia regarding his political opponents, his staff formed the Committee to Re-Elect the President (CREEP), which carried out various forms of political sabotage to prevent Nixon's defeat. One of the most egregious forms of sabotage occurred in 1972 when people affiliated with Nixon's campaign and CREEP broke into the headquarters of the Democratic National Committee at the Watergate Hotel in Washington D.C. with the intent to tap the phones. They were arrested, and the publicity surrounding this event threatened Nixon's reputation. Nixon and his cabinet attempted to stonewall all investigations and immediately began a cover-up of the whole affair. This cartoon demonstrates many peoples' feelings that Nixon attempted to re-write the Constitution in an effort to avoid revealing his complicity with the Watergate scandal. Among the many things Nixon did to this effect, he invoked Executive Privilege, an implied an un-defined power of the president that does not appear in the Constitution. Additionally, Nixon fired or removed from office an Attorney General and many members of the Justice Department.