Now Then, Sail On, O Ship of State 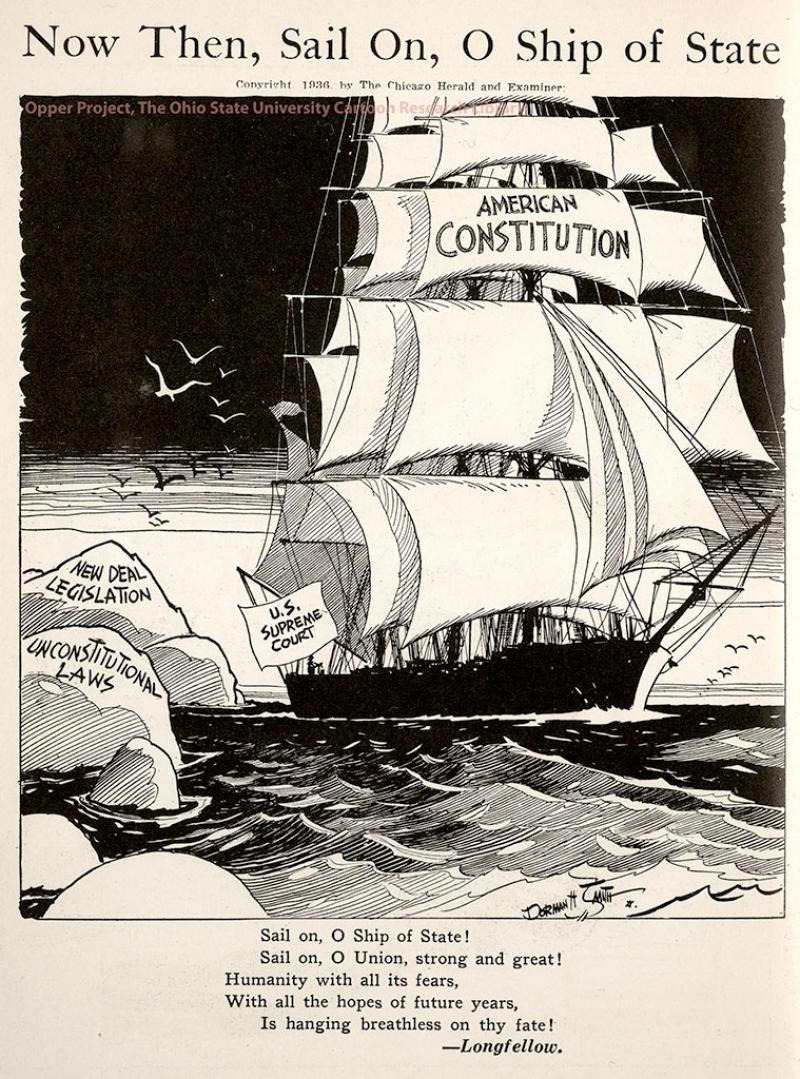 Franklin Delano Roosevelt was elected in 1932 by a large majority of the voters who were unhappy with Herbert Hoover’s handling of the crisis of the Great Depression. Hoover’s adherence to traditional economic doctrine, and his belief that the economy could eventually correct itself had become unpopular with the American people.. Roosevelt showed a willingness to not only experiment with economic solutions, but also to try to fundamentally change American government to better protect the people. The New Deal focused on the “Three Rs”: Relief, Recovery and Reform. At the same time that many Americans approved of relief efforts, there were also many who felt that the New Deal was unconstitutional and represented an unwarranted expansion of Federal power. The Supreme Court declared much of the New Deal unconstitutional based on the idea that the market should not be manipulated by government regulation.