You Can Hear the Same 'Program' Closer to Home 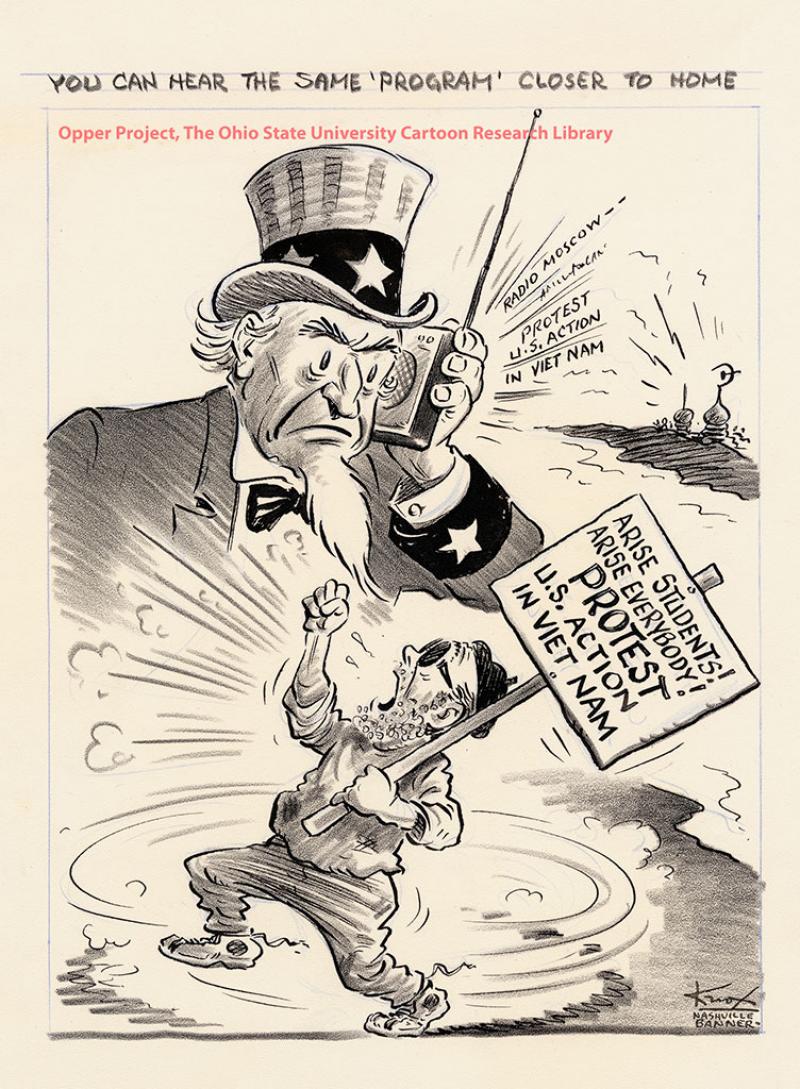 United States involvement in the Vietnam Conflict (1964 - 1973) was one of the most controversial events in American history. Many people disagreed with the motives and rationale for the war, and with the institution of the draft, people resented the heavy death toll the war had on young men sent to combat. Additionally, by 1968, the war appeared to have stagnated into a quagmire and victory was not guaranteed. This cartoon juxtaposes American anti-war protesters with those in the Soviet Union who also oppose the war in Vietnam. The cartoon suggests that anti-war protesters are undermining "Uncle Sam's" war in the same way that the USSR would by aiding the communists in North Vietnam.