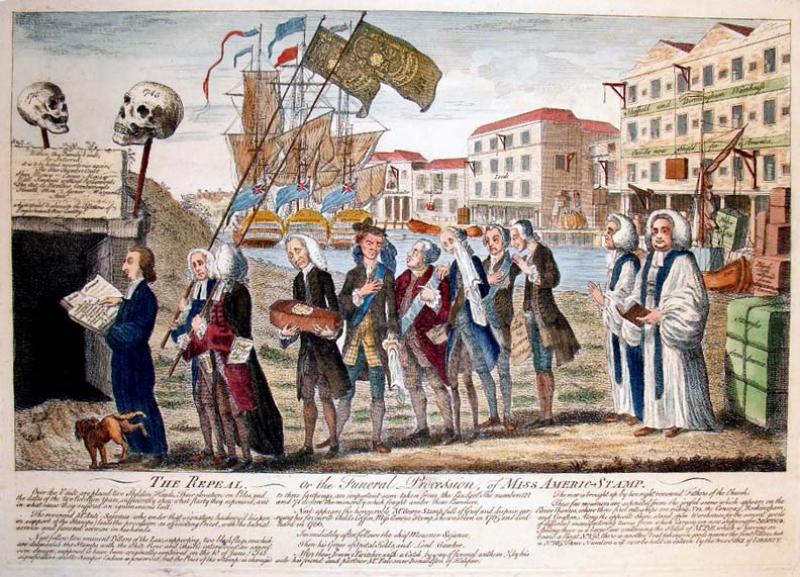 * Since 5th graders are still thinking very concretely I’m going to start the lesson by looking at a Revolutionary War Coloring Book page.  Let students make observations about the people, setting, and actions that are happening within the picture.
* We will then move to the cartoon of the Repeal of the Stamp Act (made by an English artist and also from the Prints and Photographs Divsion of the Library of Congress) for discussion.  Students will make the same observations about setting, people, action, etc. What do the things in the cartoon symbolize and what is the slant behind the cartoon. This can begin a discussion about propaganda and bias.
* Then we will look at the Boston Massacre engraving and students will complete a worksheet where they look at these same aspects of a drawing as done previously in the other two discussions.

Will involve looking at student responses on the worksheet.  The first 3 sections are graded with less emphasis because they are dealing with simpler material. The last section will be graded at a higher level because it will require higher order thinking and better explanation.

Will include the Boston Massacre Picture engraved by Paul Revere, worksheet and any other pictures of the Revolution teachers would care to use to help students learn to analyze a historical picture.