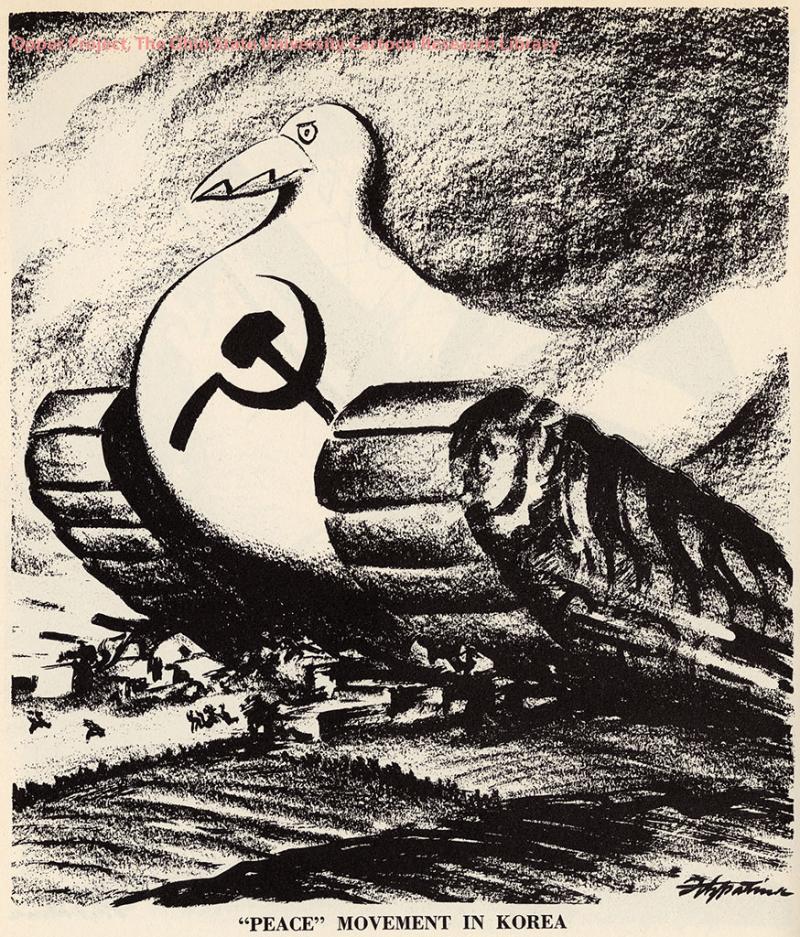 The Korean Conflict, so-called because it never entailed an official declaration of war by the United States government, began in 1950 when North Korea invaded South Korea. The Soviet Union and the United States divided Korea following World War II, and established governments favorable to their own particular economic, political, and diplomatic interests: the Soviet related Democratic People’s Republic of Korea in the north, and the U.S. allied Republic of Korea in the south. The war was one illustration of the mounting tensions between Soviets and Americans during the Cold War. Many Americans accused the Soviet Union of establishing a “puppet regime” in North Korea, which meant that the North Koreans were supported by the Soviets and required to carry out their will as a communist nation. It was the belief of many top US intelligence officers that the Soviets controlled a worldwide “bloc” that orchestrated all communist governments, all of whom took their orders and followed the will of the Soviets. The United States characterized the stakes of the war not as the recovery of land for South Koreans, but as nothing less than the containment of the Soviet monolith. When the North Koreans invaded South Korea, they spoke of “peace” and of reuniting the country, but the United States saw the work of the Soviet Union in this act of aggression. The Hammer and Sickle depicted on the dove’s chest is the symbol of the Soviet Union.