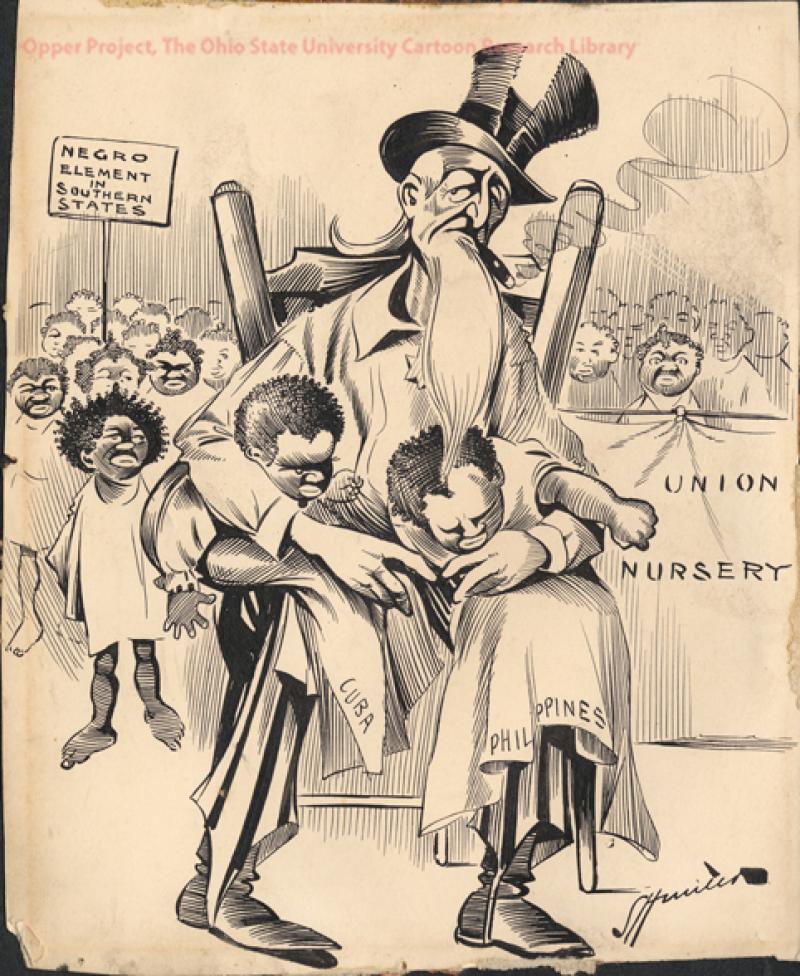 As part of the terms that ended the Spanish-American War in 1898, the United States gained control of the Philippines, Puerto Rico and Cuba. While many Americans decried imperial expansion, many others welcomed it. One of the debates that emerged about American imperial expansion was what to do with the newly acquired territories. Reflecting the racial attitudes of the time, some worried that the natives in areas where America was expanding could not handle self-government and would require some degree of long term American control. Others thought that giving special treatment to native peoples would upset the system of racial control being established in the newly segregated south.

Political cartoons in 19th Century often depicted America as a woman, Columbia. During the Spanish-American War, many cartoons began to depict the United States as a man, Uncle Sam, as seen here.