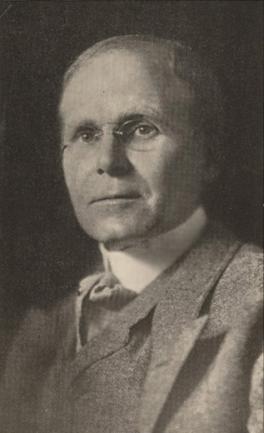 Ohioan Frederick Burr Opper was the first great American-born cartoonist, working first for Puck magazine (1880-1899) and later for the Hearst newspaper chain (1898-1933). Opper was born in Madison, Ohio, on January 2, 1857. He attended public schools, but dropped out when he was fourteen to work for the local newspaper. At the age of sixteen he moved to New York City where he worked in a store during the day and made amusing drawings in the evenings. Opper's only formal art training was one term at Cooper Union in New York. His first published cartoon appeared in 1875. Opper married Nellie Barnett in May 18, 1881, and they had two children, Lawrence and Sophia.

In 1880, the publishers of Puck hired the twenty-three-year-old cartoonist to draw for their magazine. Opper remained on the staff of Puck for nineteen years, drawing everything from spot illustrations to editorial cartoons and chromolithograph covers.

In 1898, Opper went to work for William Randolph Hearst's New York Journal, for which Opper created several newspaper comic strips with enormous popular appeal. Happy Hooligan, the best-known of his strips, first appeared on March 11, 1900, and the comic strip ran until August 14, 1932. Hooligan was a tramp with a little tin can hat whose gentle simplicity and bumbling good nature made him a national hero.

Opper also did editorial cartoons for Hearst. Willie and his Papa satirized President William McKinley and "Papa Trusts," with Cleveland industrialist and political boss Mark Hanna ridiculously depicted as "Nursie." He created Mr. Common People, a small bewildered man who was copied so frequently that he became the widely used symbol for ordinary citizens.

Failing eyesight forced Opper to retire from cartooning in 1934. He died at his home in New Rochelle, New York, on August 27, 1937. Opper's cartoons were noteworthy for his uncluttered artistic style and keen sense of timing and its function in humor. Successive generations of cartoonists followed his lead and populated their work with characters that embodied human qualities understood and shared by readers. An informal poll of cartoonists taken in the early 1930s named Opper the funniest man who ever worked for the American press.

Examples of his comic strips may be found here.