You'll Not Get Rich (Rat-Tattatta-Tat) You're in the Arms Race Now! 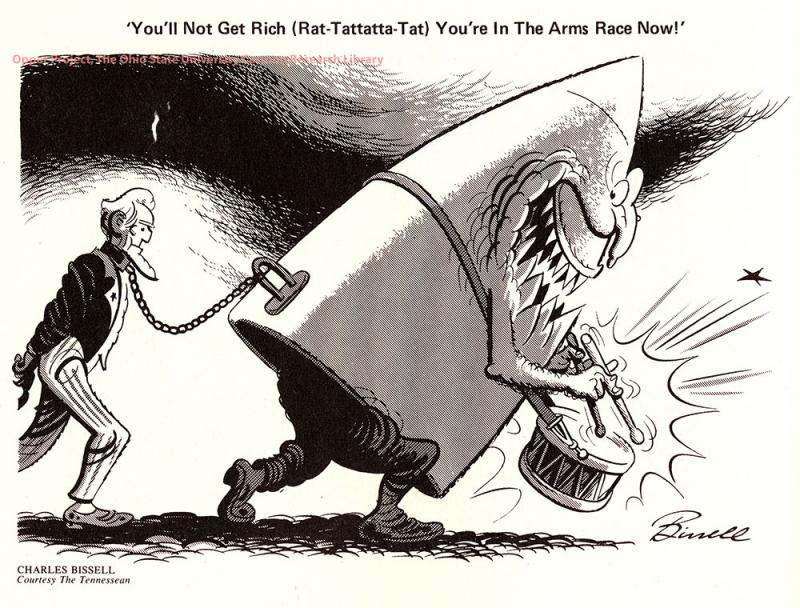 The conflict between the United States and the Soviet Union (or Russia) in the last half of the twentieth century is called “the Cold War” because it never escalated into full-fledged battle, the United States vs. Russia, democracy vs. communism. Americans felt that communism was antithetical to the American system, and characterized the Soviet government as bent on dominating the world. The Arms Race diverted resources toward the Department of Defense in an effort to keep pace with the Soviet Union. This was especially true in the early 1980s, when Ronald Reagan, president from 1981 to 1989, began a new arms build up. Some Americans thought too much government spending was going to the military.

The Billy Ireland Cartoon Library & Museum at Ohio State University (Reprinted by permission of The Tennessean.)