The Race For Berlin 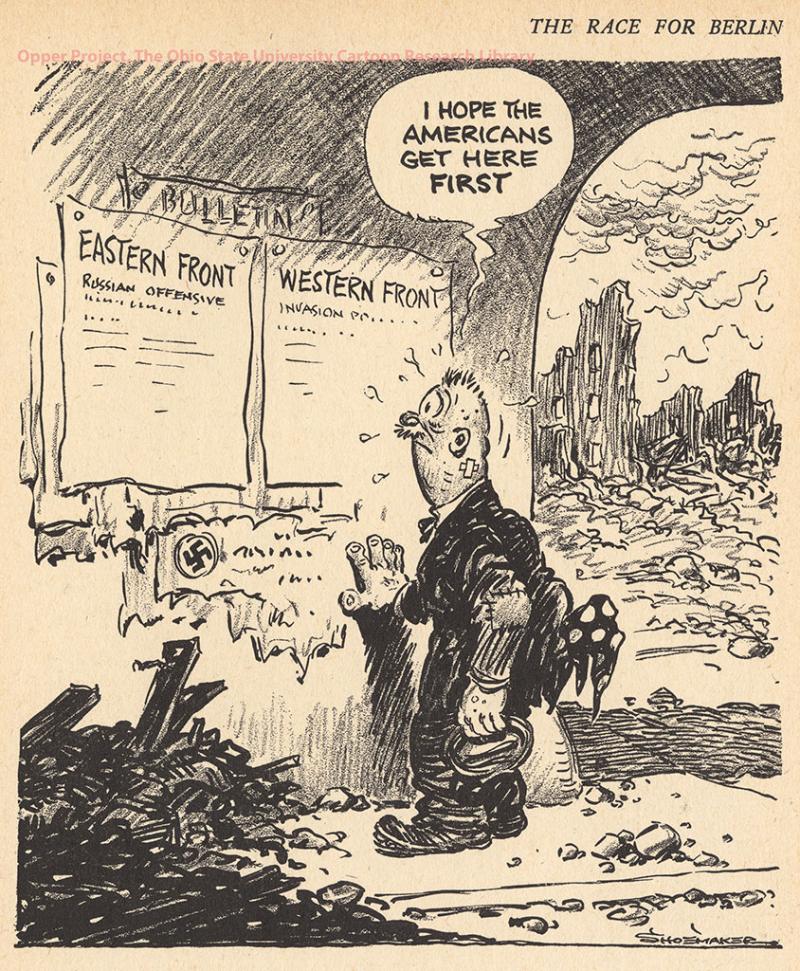 During World War II, there were two main sides of the war: the Axis Powers and the Allied Powers. The main Axis Powers were Germany, Italy and Japan. The main Allied Powers were Great Britain, France, the Soviet Union and the United States. In Europe, the Allies fought on two fronts, the Eastern and the Western, to stop the advancing German army under the leadership of Adolf Hitler. Early in the war, Hitler’s army invaded France and captured the capitol of Paris. By 1944, the long-awaited liberation of France by the Allies began with the D-Day landing at Normandy. As the Allies fought for France on the Western Front, they also struggled with the German army on the Eastern Front. In the East, the Soviet army pushed back the German invasion of Russia and marched into Germany toward capital, Berlin. The alliance between the Soviet Union and the rest of the Allied Powers was tenuous because of the Soviet’s totalitarian -communist government under Josef Stalin. The alliance was expedient for fighting the war against Hitler, but many worried about the long-term effects of an empowered and militarized communist Russia. In this cartoon, a German man monitors the advances of the Allies on both fronts, hoping that the Americans on the Western Front would defeat Hitler and reach Berlin before the Soviets.