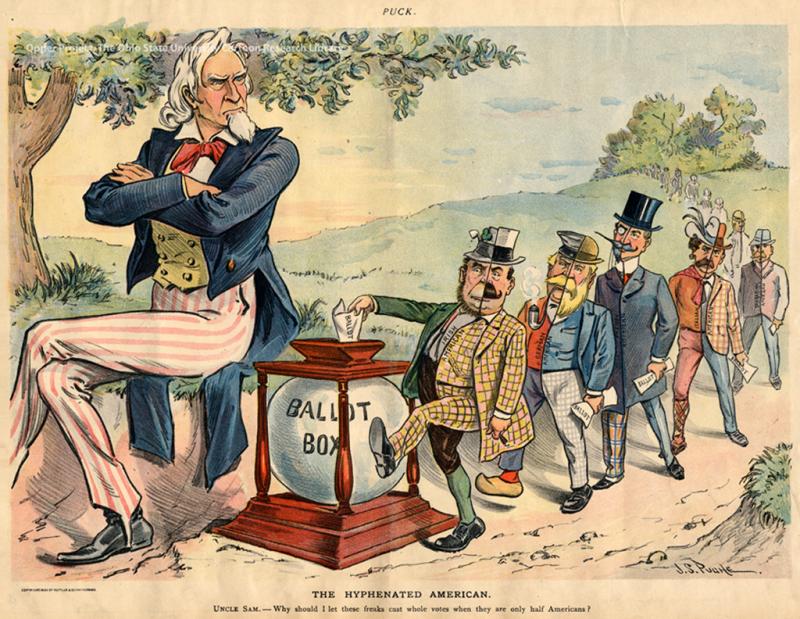 In the mid-1880s the number of immigrants to the United States from northern and western Europe declined sharply. At the same time, the number of immigrants from southern and eastern Europe greatly increased. The changing pattern of immigration concerned many Americans. Some believed that the hyphenated-Americans (Italian-American, Jewish-American,) would never become “true” Americans. The ways political bosses integrated immigrants into corrupt urban political machines caused many native-born Americans to fear for the future of democracy.