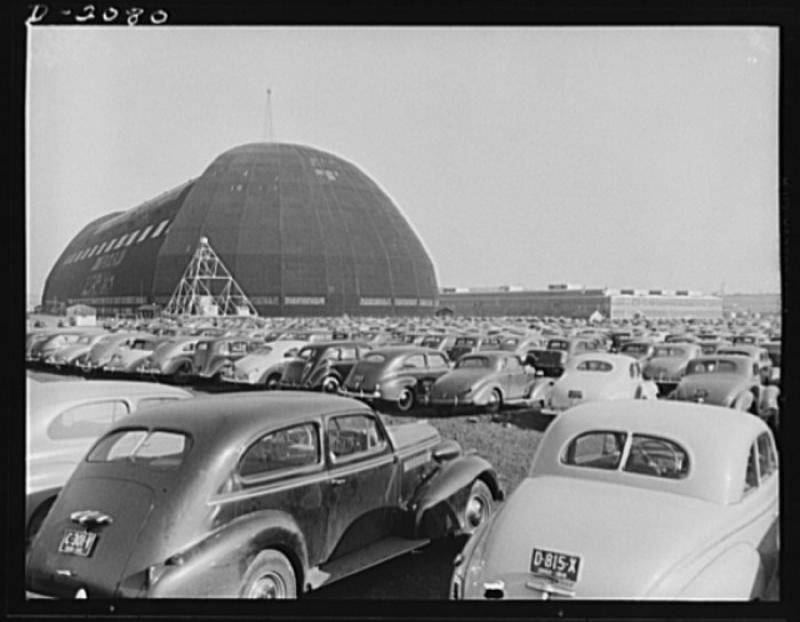 This former airship dock was a temporary Ohio location for making aircraft sub-assembly parts during WWII.

How Ohio’s normal resource allocation was redirected to provide resources for the War effort.

To learn about Ohio resources, and to see how normal resource production would have changed during World War II.

To show the effect of the World War II effort on the Ohio economy.

Ohio Its Land and Its People workbook

Discuss what effect war could have on a 9 or 10-year-old child.

Talk about the different resources both natural and manufactured that are produced in Ohio. (i.e. oil, natural gas, dairy cows, corn, soybeans, etc.)
Talk about what resources would be needed to fight a war (i.e. planes, tanks, food for troops, etc.)

Survey your family members to see how much they know about the World War II. Ask them how much did the war effect Ohio’s economy?

Assessment Based On Objectives:

Write and essay and tell how you think the war helped or hurt Ohio’s economy.

Adaptations (For Students with Learning Disabilities):

I would have students tell about a time they had to give up something they really wanted in order to help someone else.

Certain items were rationed in order to make sure that supplies were readily available for the war effort. Tell how you would feel if you had the money to buy your favorite toy, but you weren’t allowed to buy it because that item was being used for something else.

Possible Connections to Other Subjects:

Math - I would look at the pre-war and post war production of manufactured items. I would have students see how many more or less of certain were being produced before, during, and after the war.