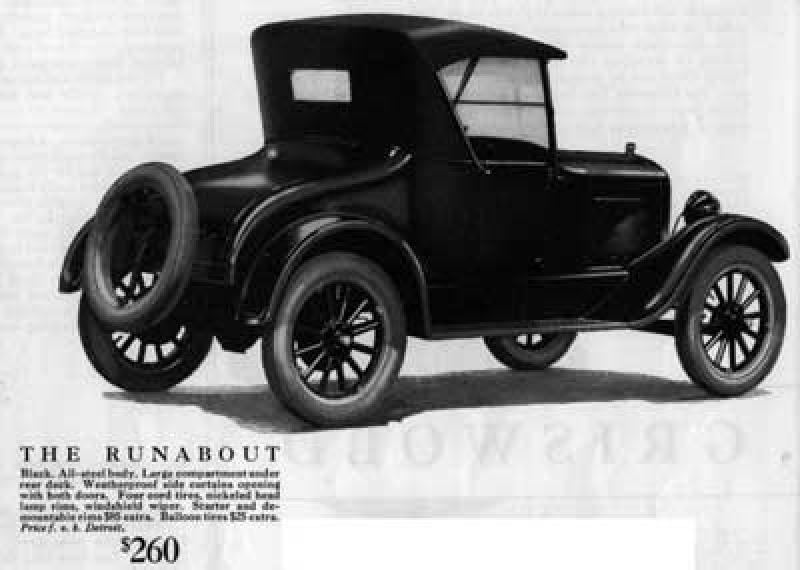 1. To introduce students to the technological innovations that contributed to mass production of the automobile.
2. To show how mass production allows large numbers of Americans to afford an automobile.
3. To demonstrate the short- and long-term cultural effects of widespread automobile ownership on the United States.

Part 1: The Assembly Line and Manufacturing

Students should understand that manufacturing techniques changed over time. By the early 20th century, many American industries were using mass-production methods. Still, businesses had not yet attained the level of efficiency we are familiar with today. Henry Ford applied the concept of efficient production to the automobile industry. In doing so, Ford significantly lowered the cost of the automobile, making it affordable for most Americans.
Ford used a number of different techniques to increase efficiency at the Ford Motor Company. Students should be introduced to the concepts of interchangeable parts and Taylorism, both of which were used in the Ford plant. Ford’s most important innovation, however, was using the assembly line in automobile production. For a good explanation of these techniques, look here. More information is available here. For a more detailed discussion of Ford’s life and business techniques, see this site.
Once the students understand Ford’s production methods, ask them why these changes were important. What was the relationship between production and cost of automobiles? At the Model T Ford Club Historical Library web site, students can see the simultaneous decline in prices.  Such activities will enhance students' abilities to read and interpret data and draw conclusions from such data.
Students can also think about the effects of the assembly line on the workers. What are the advantages and disadvantages of working on an assembly line? How did this development relate to Ford's management philosophy?  How did union officials interpret these changes?  How did Ford and other business owners?  You may want to show the students the first scenes from Charlie Chaplin’s film Modern Times. Although Chaplin’s critique of the modern factory is humorous, it also raises some serious questions about the dehumanizing effects of industrialization.

Part 2: The Automobile as a Vehicle of Social and Cultural Change

Other carmakers followed Ford's ideas and during the 1920s, car ownership became the norm for middle- and even many working-class families in the 1920s. What were the social and cultural effects of mass automobile ownership? Some historians have focused on changes in dating practices as a result of the automobile. Ask students to imagine how young men and women met and socialized before most people owned cars. You can explain that, before the automobile, "dating" as the students know it did not exist. Instead, young men would "court" young women. A boy and a girl would meet at the girl’s house and talk under the supervision of a chaperone. The automobile introduced mobility and privacy into the equation. Now, boys and girls could meet beyond the prying eyes of their parents. Is it surprising that some social critics and religious leaders in the 1920s decried the decline in morality as a result of the automobile?
Of course, the effects of the automobile on American culture extend beyond dating practices. In fact, some observers point to the automobile as a central feature of American society. Ask the students if the United States is truly a "car culture." How has widespread car ownership changed the United States over the past eighty years? Students may mention the economic importance of the auto industry, the rise of suburbia, ease of travel, highway construction, westward movement of the population, and environmental consequences.
Students may not realize how dependent they are on the automobile.  Ask students to keep a log of their driving habits for a week. They should keep track of all their auto travel—where they go, when, number of miles traveled. Do they use a drive-up ATM? Or the drive-through window for fast food? How often do they drive someplace when they could walk, ride their bike, or use public transportation? If any students do not have access to a car, ask them to keep track of alternative means of getting around. Are there times when they absolutely needed a car?
Many other resources are available on the Henry Ford Museum web site.