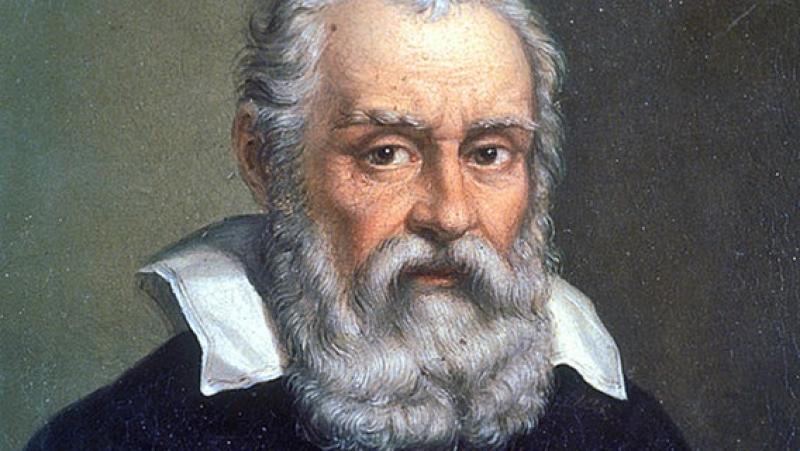 The Scientific Revolution in early modern European history brought about a dramatic shift in the way that scientists described the universe and the place of the earth within it.  Discoveries in astronomy, mathematics and physics contributed to this shift in worldview and led to conflicts with long-held beliefs, both scientific and religious.

1.  To introduce students to the lives of five of the most prominent participants in the Scientific Revolution: Nicolaus Copernicus, Galileo Galilei, Tycho Brahe, Johann Kepler and Isaac Newton.
2.  To explain the discoveries of the Scientific Revolution and how they changed the way in which early modern Europeans understood the movements of planets and objects in general.
3.  To explore the confrontation between these scientific discoveries and the opposition voice by the Catholic Church.

Have the students read through the biographies of each scientist, and plot their location(s) on a map.  This exercise can also serve to reinforce basic European geography and to explain how information was shared among the population from the 1400s to the 1600s.
Divide students into small groups and assign each group one of the recommended texts listed below.  Have each group state the main argument of the document and list several pieces of evidence provided by the author to support his argument.

The point of the first portion of this lesson plan is to root the Scientific Revolution firmly in the larger picture of early modern Europe.  It should provide students with an overview of the period and make strong connections between other important events of this time including trade and exploration, increased support for higher education, the impact of the Reformation in terms of diminished power of the Catholic Church,
Questions to be answered: What kind of educational training did each scientist have?  How did this compare with the access to education of most of the European population?  What types of patronage did each scientist have?  What does this tell you about the relationship between knowledge and power in early modern Europe?
To obtain basic biographical information including education and patronage, use the search engine at the Galileo Project, Rice University.
a.  Start this exercise by plotting locations on a large map.
b.  To explain the transmission of information among the scientists, or Europeans in general, use the following image: 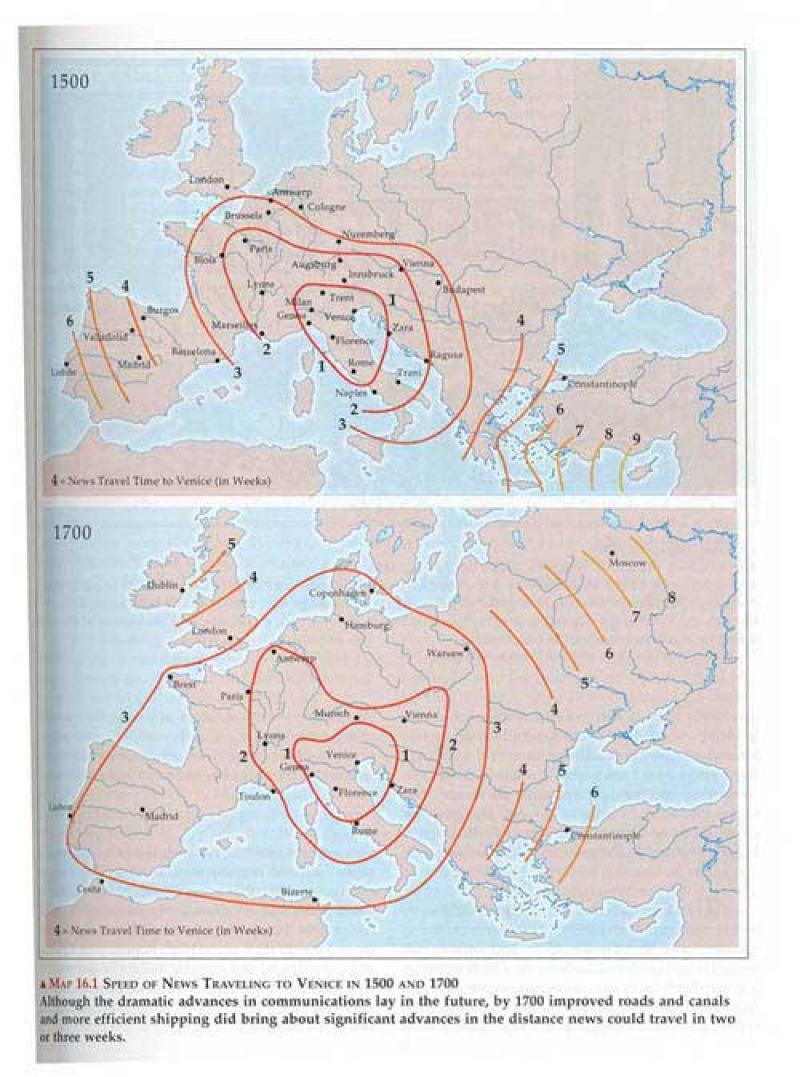 c.  Then discuss, briefly, the rise of universities during the Renaissance including specific information about the curriculum: humanities, medicine, law, in order to emphasize how much of the scientific discovery took place outside the university system.
d.  Then link each scientist with his patron, to explain the role played by monarchs and powerful nobility during the Scientific Revolution, and note the religious convictions of the patrons, i.e. were they Protestant or Catholic.  Ask the students to come up with reasons why monarchs and nobles would fund these types of scientific research.  What was the driving force behind their interest?  How was it connected to the expansion of trade and increased government support for trade and exploration?
The second part of the lesson plan should introduce students to both the medieval view of the universe and the Copernican view.  This is important not only from the scientific point of view but also in terms of how people saw their place in the world vis-a-vis God and the "Great Chain of Being" (social hierarchy).  At the end of this section, students should understand how the Scientific Revolution challenged scientific, religious, political and social traditions of early modern Europe.
Questions to be answered: Why did scientists begin to challenge the Ptolemaic view of the universe?  Which of their discoveries gradually replaced the Ptolemaic view?  Describe each step in the scientific journey from Copernicus to Newton.
a.  Start this exercise by having students draw the solar system on the board as they understand it.  Then have other students explain how and why the planets move, and what role the sun plays in the solar system.
b.  Then show students the following two images and ask them to analyze what they show/demonstrate.
Ptolemaic universe (historic diagram)
Ptolemaic universe (modern diagram)
c.  Next show students the following two images and ask them to analyze what they show/demonstrate.
Copernican universe (historic diagram)
Copernican universe (modern diagram)
d.  To explain how scientists found proof that the Copernican model was closer to the truth than the Ptolemaic model, discuss the various tools used by scientists to arrive at the conclusions, and the models of analysis that they used.
Galileo's Telescope
Tycho Brahe's measurements of the orbitals of Mars can be found here.
Images and explanations of Kepler's Laws of Planetary Motion (from NASA)
Newton's Laws of Motion (from NASA)
The third part of the lesson plan should help students understand why the Catholic Church voiced opposition to the discoveries of the Scientific Revolution.  How did the Copernican model challenge basic teachings of the Church?  Have students also consider the ramifications of the Scientific Revolution following on the heels of the Protestant Reformation.
Questions to be answered:  Why was there serious opposition to their discoveries?  On what grounds was their work criticized?  How did the scientists answer these critiques? How did the Church try to stop ideas from being disseminated and how successful were they?
a.  Start this section of the lesson by splitting students into two groups: (1) Church leaders, (2) Galileo and his supporters.  Based on the documents listed below, have each group summarize the basic arguments of their position.
b. Hold a mock trial of Galileo, assigning students within each group to certain roles.  For example: within the group of Church leaders, several can take on the task of inquisitors, while those within the Galileo group can adopt the persona of various members of the scientific community.
The texts of several documents pertinent to the issue of tensions between scientists and the Catholic Church can be found at the Fordham University Internet History Sourcebook: The Scientific Revolution. Document copies are provided here for ease of access. The site includes Galileo's Letter to the Grand Duchess, a Critique of Galileo offered by Cardinal Bellarmine and the text of the 1633 Indictment of Galileo.

As the course continues, make references back to the worldview proposed by the Scientific Revolution, and emphasize when additional scientific discoveries call it into question, i.e. Einstein and Heisenberg.  Also, emphasize the connections between the willingness of the scientists to challenge traditional ideas and beliefs and the Enlightenment.