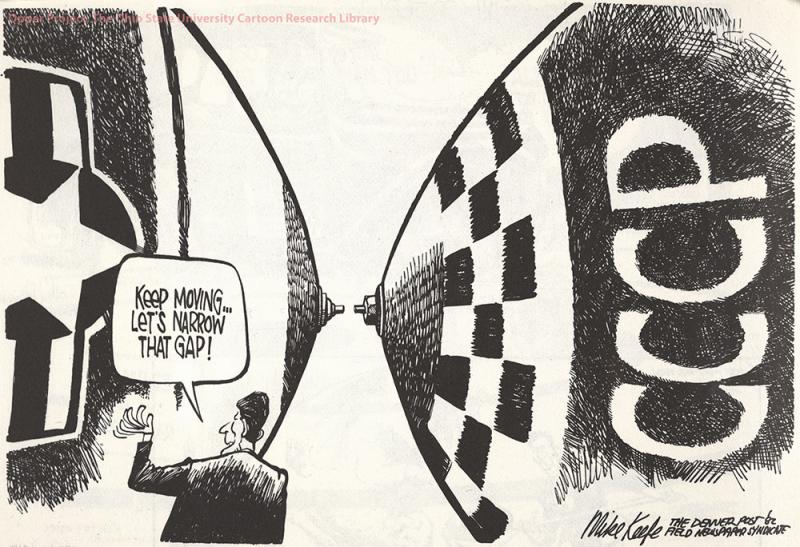 The conflict between the United States and the Soviet Union (CCCP are its initials in the Russian language) in the last half of the twentieth century is called “the Cold War” because it never escalated into full-fledged battle, the United States vs. Russia, democracy vs. communism. The Cold War did feature intense competition between the two nations, especially in military power. Ronald Reagan won election as US president in 1981 on the pledge to rebuild American military strength. He maintained that the Soviet Union had gained an edge in nuclear missiles—a missile gap. Not everyone agreed that there were meaningful differences in the military strength of the two nations, and this cartoon is commenting on that issue.