How art and drawings from the scientific revolution played a role in the development of the democratic and industrial revolutions. 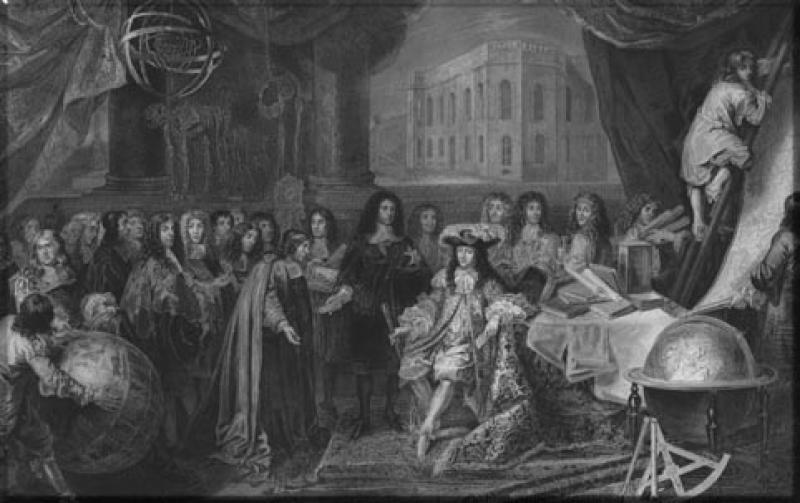 1. Anima Mundi – copied and given to students
2. Frontispiece, A discourse concerning a new world, 1640 - copied and distributed
3. Time line of the Scientific Revolution

Students will use two primary sources and a time line to develop a better understanding of how and why the scientific revolution played a major role in world history.

Description of the instructional steps to implement the lesson:

Divide the students into small groups of three. You are going to have three break-out sessions so they will need to three numbers.  It could be 1,2,3 or 3,3,3. Once they have their numbers, separate the class into their first number.  Once they have separated into three groups, now have them pick two people in their group to sit down with. Do this for each break-out session. (During each session, students will have a copy of the HTI – Document Analysis Worksheet to fill out)
Give them about five minutes to look at the anima mundi and ask them to label the document with their ideas of what each thing represents in the picture.
Bring the class back together.  Discuss their ideas and why they choose them for about ten minutes.
Now have the student break-out into their second number and find two new partners to label and discuss John Wilkins’ A Discourse Concerning a New World, 1640.  Once again, they are to look at the primary source by John Wilkins for about five minutes label items and their ideas of what each stand for.
Bring the class back together.  Discuss their ideas of what each thing may represent in the picture for about ten minutes.
Finally, they are going to do their third break-out session, they must get into their new groups and pick two new people to work with during this session. This time, they are going to have a time line of the scientific revolution. During this session, they are to look at the time line and come up with an agreed on idea of how science played its role in the evolution of mans understanding things. Once again give them about five minutes.
Bring the class back together for the last time.  Discuss their ideas of how science played its role in the different areas of world history for about ten minutes.
Wrap-up, last five minutes of class.  Discuss the different things they looked at and come up with a strong idea why and how science played a large role in the development of the world then and now.

Writing utensil (pen or pencil), open mind, willingness to work with others.

If students would like to create a vocabulary key for this activity they can.
Created by Mr. Michael P.V. Hicks, Briggs High School, Columbus, Ohio