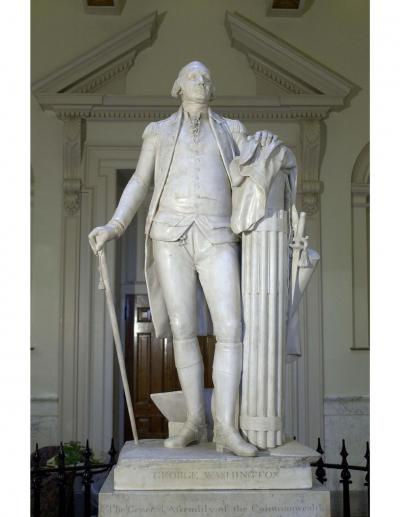 Two 45 minute periods with the final assessment given as homework.

Colonization to Independence:  European countries established colonies in North America as a means of increasing wealth and power. As the English colonies developed their own governments and economies, they resisted domination by the monarchy, rebelled and fought for independence.

I will be able to use my ability to analyze primary sources from the Battle of Trenton to see if the popular ideas we have about the importance of the battle are true.

Summary of the Lesson:

This lesson will allow students to use primary resources to gain a clearer understanding of the events of the Battle of Trenton.  In small groups they will analyze and gain a personal perspective from two key players in the battle, Washington & Knox.  They will also compare two different artists’ perspective of the events leading up to the battle by completing an analysis and comparison of separate paintings showing the same event.

1. The teacher should share the Students Objective of the lesson plan
2. The
File
pre_assessment_trenton.pdf82.24 KB
will be given out right after introducing the main idea of the Battle of Trenton & its importance as a turning point in the war. The first handout (Pre Assessment) serves to allow students to organize their thoughts about the Battle of Trenton for easy reference, then it allows the kids to keep track of whether their memory or ideas about the event are accurate.
3. Video: “Chaos at Christmas”
Share the short overview video on the period of time around the Battle of Trenton. The video will serve as mini lesson about the Battle of Trenton.  Some prior knowledge is given to help set the stage for the battle.  The Battle/Siege at Long Island is mentioned as it caused a massive retreat from the Continental Army.  Lastly, the outcome of the battle and the consequences of the fight are discussed. Several of the primary sources we are covering with this lesson are found in the video.
4. The second handout (
File
document_image_worksheet_trenton.pdf63.38 KB
) fits in as guiding work to allow students to come to their own conclusions about the images of Washington compared to the writings from Washington himself and Knox.  Hand out the packets with the primary sources at this time.  The primary sources are to be used by the students to complete their analysis of the five sources and use them to refer back to during their group discussion and post assessment.
5. Students will work together in small groups of four (preferably)., with two analyzing the images and two analyzing the documents.   When finished; they should come together as a entire group and compare the different types of resources to find some common ground, or common misconceptions.
6. Each group will then discuss their findings with the class. Ideas for sharing could be…
*Groups could verbally share what conclusions they’ve come up with
*Students could share their information on the board with a simple Think We Knew/ What We Learned Chart (take off of the typical KWL chart)
It is important that the teacher keep the discussion moving and directed towards the learning objective.  Make sure the kids use terms such as analyze, comparison, etc.
7. The
File
post_assessment_trenton.pdf55.47 KB
will be given after the students have analyzed both the writings and the images and had a group/class discussion

File
pre_assessement_rubric_trenton.pdf90.55 KB
"Chaos at Christmas" Video on YouTube
File
post_assessment_scoring_guide_trenton.pdf34.04 KB
Transcripts of the three Letters (can go to web addresses to also provide copies of originals)
The two Paintings of Washington (see Primary Sources)
White board, chalk board or Smart Board, etc.