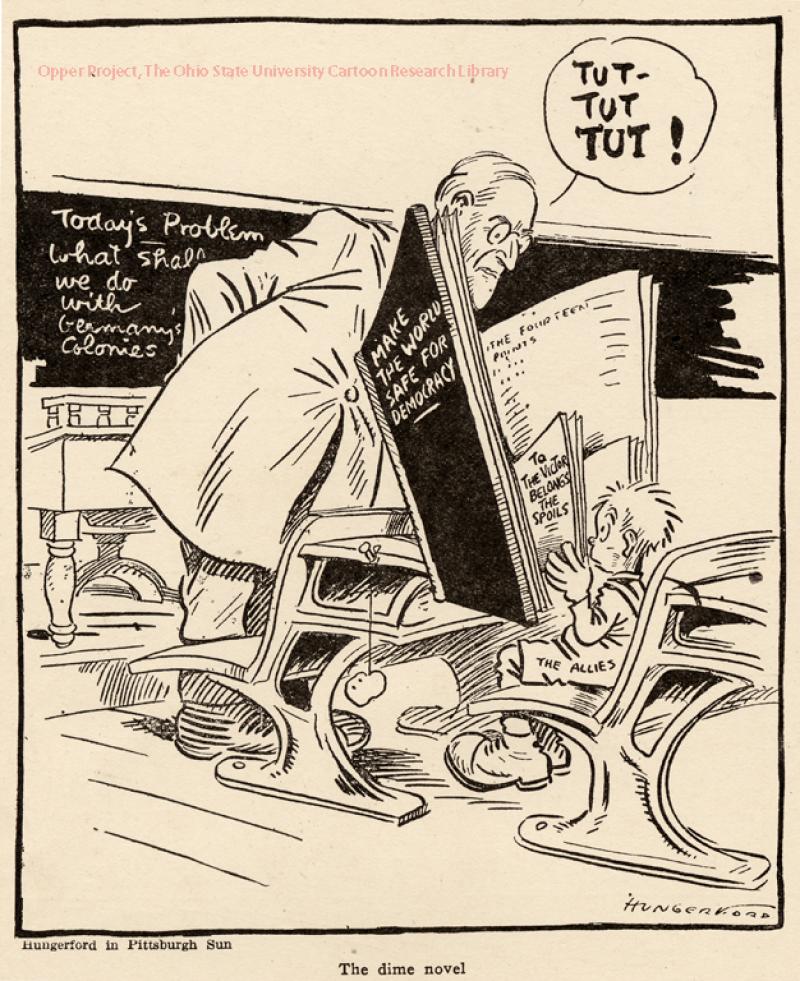 President Woodrow Wilson announced his fourteen point plan for European peace in January 1918. The Fourteen Points included free trade, open diplomacy, arms reductions, and an international organization to settle disputes without war. Over half of the points dealt issues of national boarders and national sovereignty, especially for peoples in Eastern Europe. Wilson’s plans were to eliminate many of the territorial concessions to the victors typical of peace treaties (“to the victor belong the spoils”), and allow independence for many of the areas under imperial control. In this way, Wilson hoped to solve the problems that led to World War I, thus preventing another European war and, making, as Wilson put it, “the world safe for democracy.”

Dime novels were adventure thrillers that were popular with children and criticized by parents and educators.