U.S. Constitution versus the Articles of Confederation 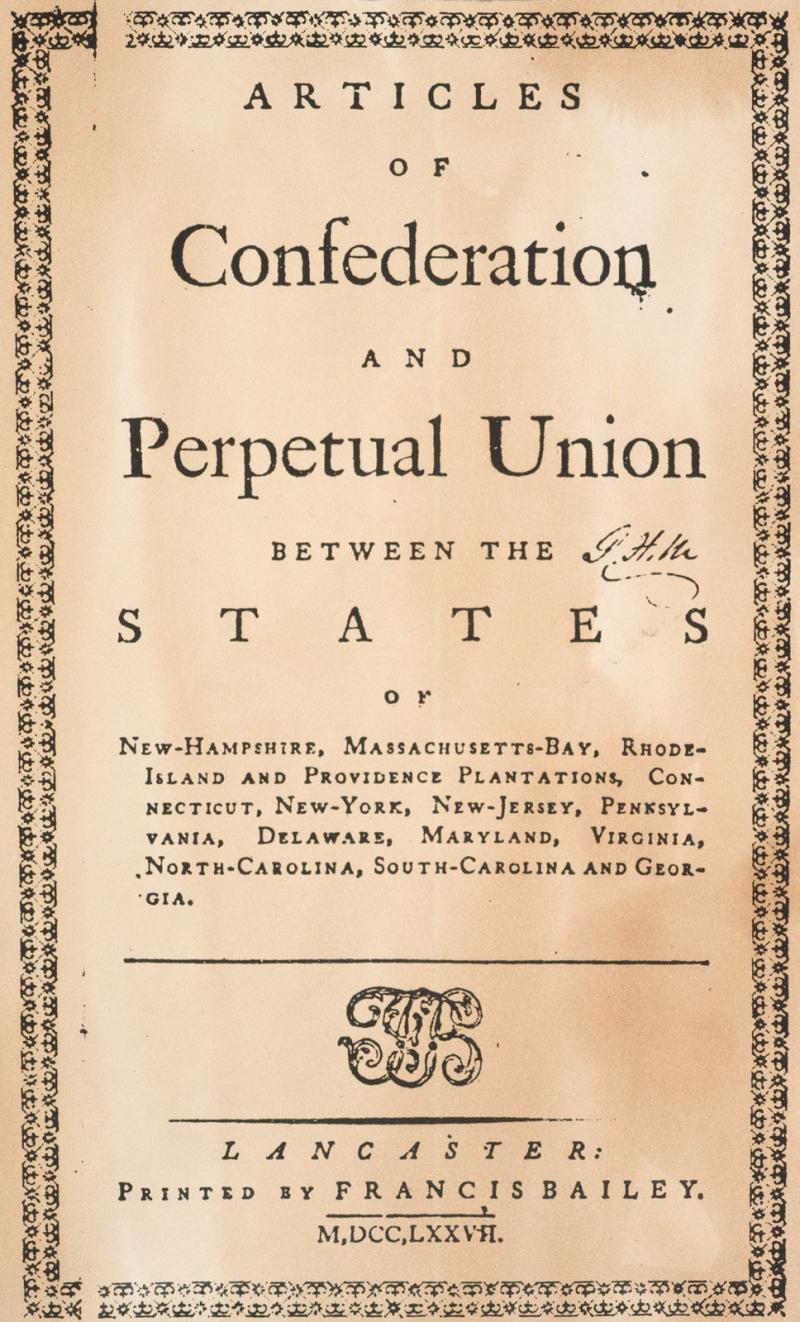 Compare and contrast the similarities and differences of the three branches of government
Understand how the new Constitution solved weaknesses in the Articles of Confederation government.

Articles of Confederation
US Constitution

Step 1. Give four different students index cards with situations written out for them to read.  Call on the students in order to have each read the following situations to the class.
Student 1:  I am a traveler from New York, who has reached South Carolina and wishes to stay the night at a nearby hotel.  All I have is my New York currency.  Do you think the innkeeper will accept it?
Student 2:  I am a logger from Connecticut.  I used to sell my timber to some merchants from Massachusetts, until their state placed a tariff on my goods.  We are part of the same country.  Is this fair?
Student 3:  I am a sailor in the Boston Harbor.  I am upset because my ship is always having to fight off pirates from trying to steal our cargo along our coast.  Shouldn’t our government be able to provide a strong Navy to protect us?
Student 4:  I am from the French government.  I would like to discuss a policy and create a treaty with the United States of America, but whom do I speak with that can speak for all the states?
Step 2. Let the class answer each student’s question, and then decide that it is a problem with the current system of government, The Articles of Confederation. Write each problem on the board under the heading “Problems”  Explain that these problems were some of the reasons for why our country decided that they needed a new Constitution.

Step 1.  Now, break into small groups and compare and contrast the three branches of government, by using the first three Articles of the Constitution. (Compare term lengths, responsibilities, etc.).
Step 2. The small groups will look at the four situations discussed at the beginning and discern if those are still problems under the new government.
Step 3.  Handout a Graphic Organizer to each group to have them record their information.
Step 4.  Walk around for observation.
Step 5. Go over the Groups’ results, together.

Observe answers being listed by the groups on their Graphic Organizers.

How did the U.S. Constitution address the four problems identified at the beginning of class?
Prepared by James Groetz, Lehman Middle School, Canton City Schools