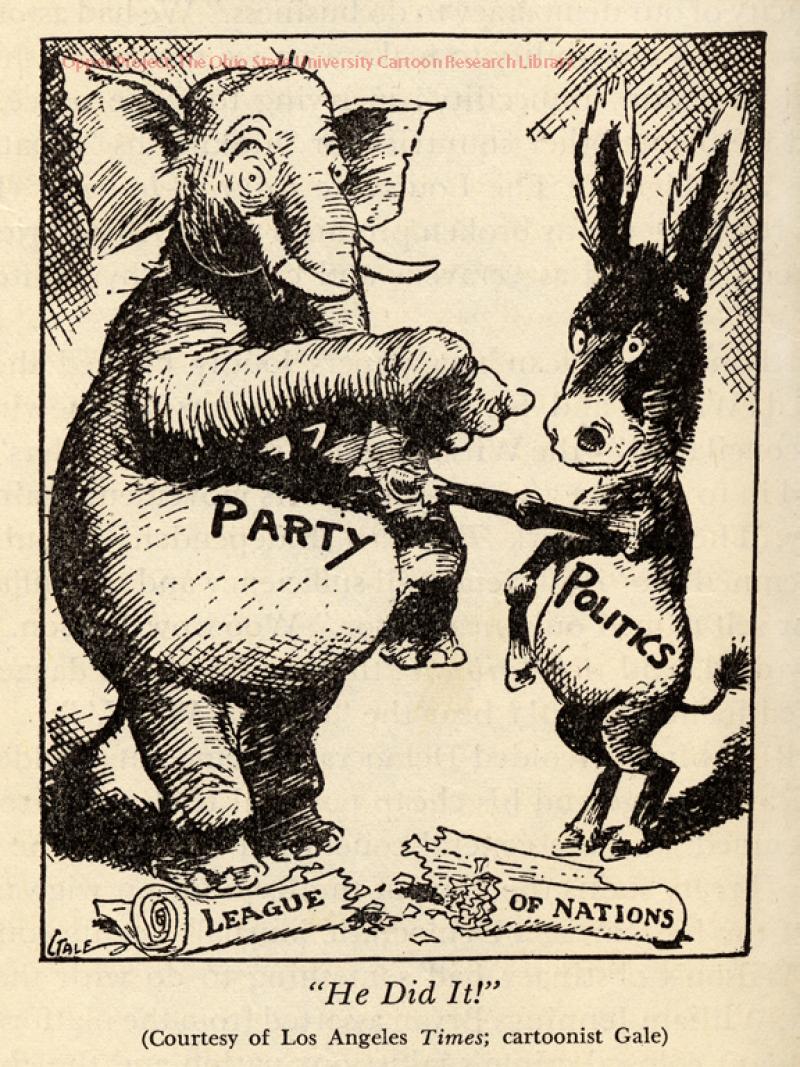 Reprinted from the Los Angeles Times in Current Opinion

The proposal for a League of Nations was the fourteenth of President Woodrow Wilson’s 14 Points, which were the terms he took to the Paris Peace Conference at the end of World War I. The League was designed to handle global diplomatic problems before they turned into wars. and was the most controversial part of the final treaty. When the Republican controlled U.S. Senate voted against the League, its doom was sealed. Party politics had a lot to do with the Senate’s refusal, as political gains politicians could make over the League passage (or failure) became more important than the peace measures the League could bring to the world.