This is a White Man's Government 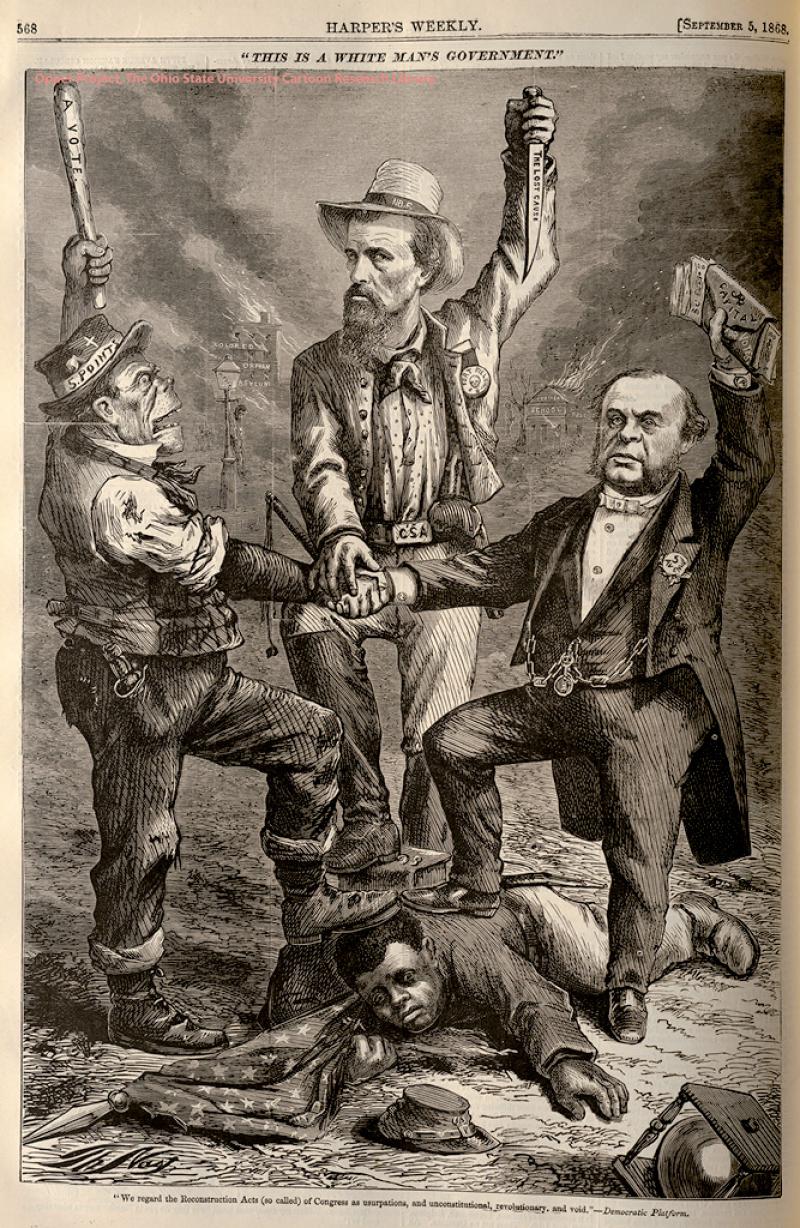 On April 9th, 1865, General Robert E. Lee of the Confederacy surrendered to General Ulysses S. Grant of the Union at Appomattox Courthouse. This act essentially ended the Civil War, with victory going to the Union. Abraham Lincoln was assassinated almost immediately, leaving his Vice President Andrew Johnson to assume the office and oversee the era of Reconstruction. There were differences of opinion within the government as to how to go about rebuilding the South and readmitting the secessionist states to the Union. Eventually, it was decided that, among other measures, Southern states would be forced to ratify the "Reconstruction Amendments" which were the 13th, 14th, and 15th amendments to the constitution. The 13th amendment declared slavery to be illegal, the 14th amendment extended citizenship rights to freed slaves, and the 15th amendment guaranteed the right of freed male slaves to vote. In addition to angering Southerners, widespread debate emerged as to whether or not this measure was constitutional, as the southern states required to ratify these amendments were not technically part of the United States at the time, and therefore not subject to the constitution. In this well known cartoon, Nast represents members of the Democratic party crushing an African American Union veteran who reaches for a ballot box. The man on the left is a caricature of an Irish American man, whose hat reads "5 Points," referring to the New York City Irish residents, who are often configured as a mob. The man in the middle is identified by the initials on his hat "NBF" - Nathan Bedford Forrest, a former Confederate general and founder of the Ku Klux Klan. The man on the right is a wealthy man from 5th Avenue in New York who holds a stack of money that will be used to purchase votes.