Uncle Sam’s New Class in the Art of Self-Government 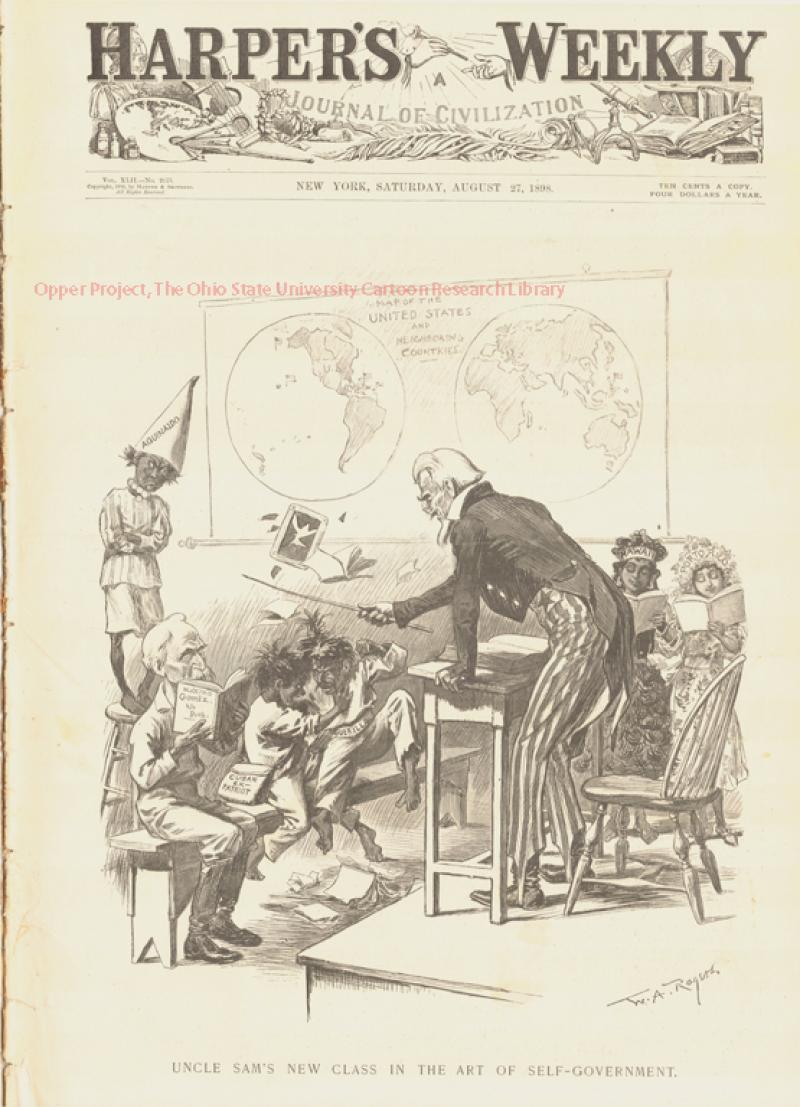 As part of the terms that ended the Spanish-American War in 1898, the United States gained control of the Philippines, Puerto Rico and Cuba. While many Americans decried imperial expansion, many others welcomed it. One of the debates that emerged about American imperial expansion was what to do with the newly acquired territories. Reflecting the racial attitudes of the time, some worried that the natives in areas where America was expanding could not handle self-government and would require some degree of long term American control. In this cartoon, Uncle Sam is using a switch to separate unruly children in a classroom labeled a “Cuban Ex-patriot” and a “Guerilla.” One of Cuba’s revolutionary figures, Jose Miguel Gomez sits to the side, while Filipino Insurrectionist Emilio Aguinaldo stands in the corner wearing a dunce cap. Sitting together on the right are two well-behaved little girls, Puerto Rico and Hawaii, which became a US territory in July 1898, the culmination of several years of debate independent from the Spanish-American conflict.