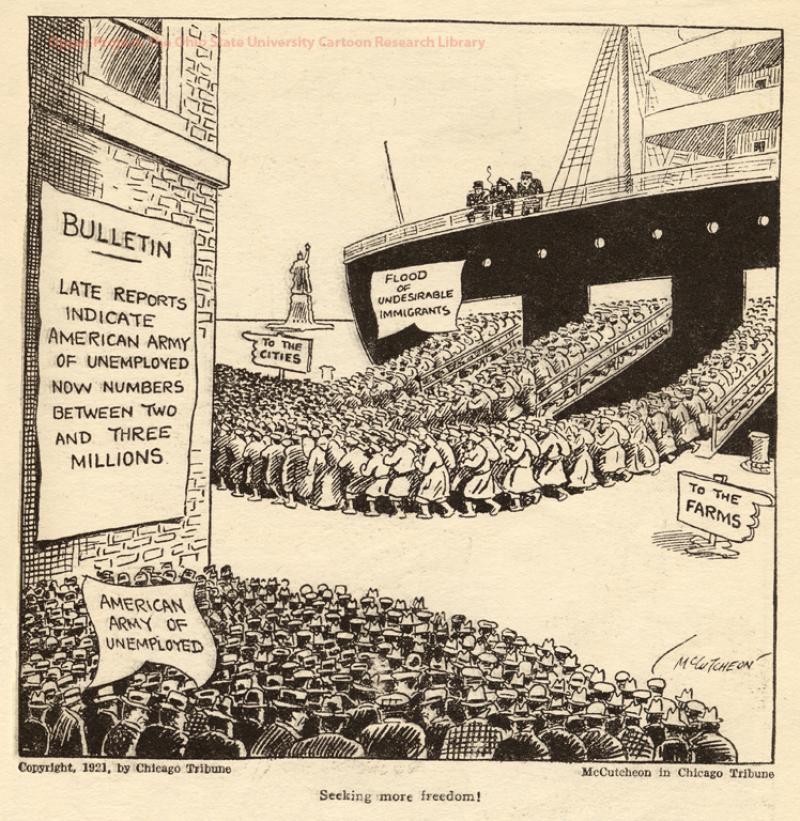 In the early 1900s, immigration to American reached a peak. Most of these newcomers settled in American cities.  As machinery displaced Americans who worked on farms, they also poured into the cities. Many Americans criticized the immigrants for taking jobs away from Americans because they were more willing to accept lower wages. During World War I (1914-1918), European immigration declined. It picked up after the war, and debate about how to regulate immigration to the United States resumed. In 1921 the U.S. congress adopted a quota system severely restricting immigration from southern and eastern Europe.