Somebody Had Better Apply the Breaks! 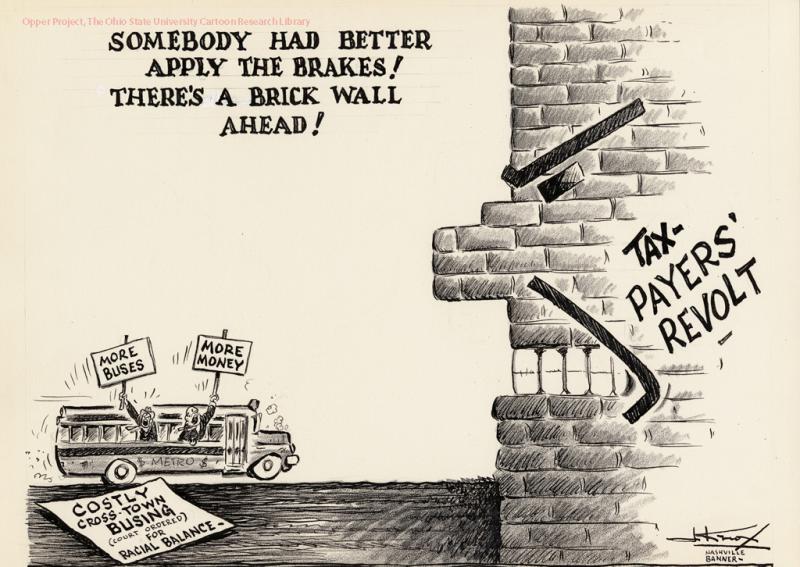 The Brown v. Board of Education Supreme Court decision in 1954 reversed the decades old Plessy v. Ferguson decision (1896). While Plessy allowed “separate, but equal” facilities, Brown declared that separate schools were inherently unequal. To help facilitate school integration within districts, one measure was to bus African American students to white schools, which were usually far away from African American neighborhoods. Many whites objected to busing, arguing that the system was expensive, because a bus traveled significantly farther in its rounds for only a handful of children. In addition, in the 1950s and 1960s, whites made up the majority of the tax base used to fund this program, and many were upset that their money was being used to bring African American students into their schools.