It’s The Only Way Out, Wilhelm! 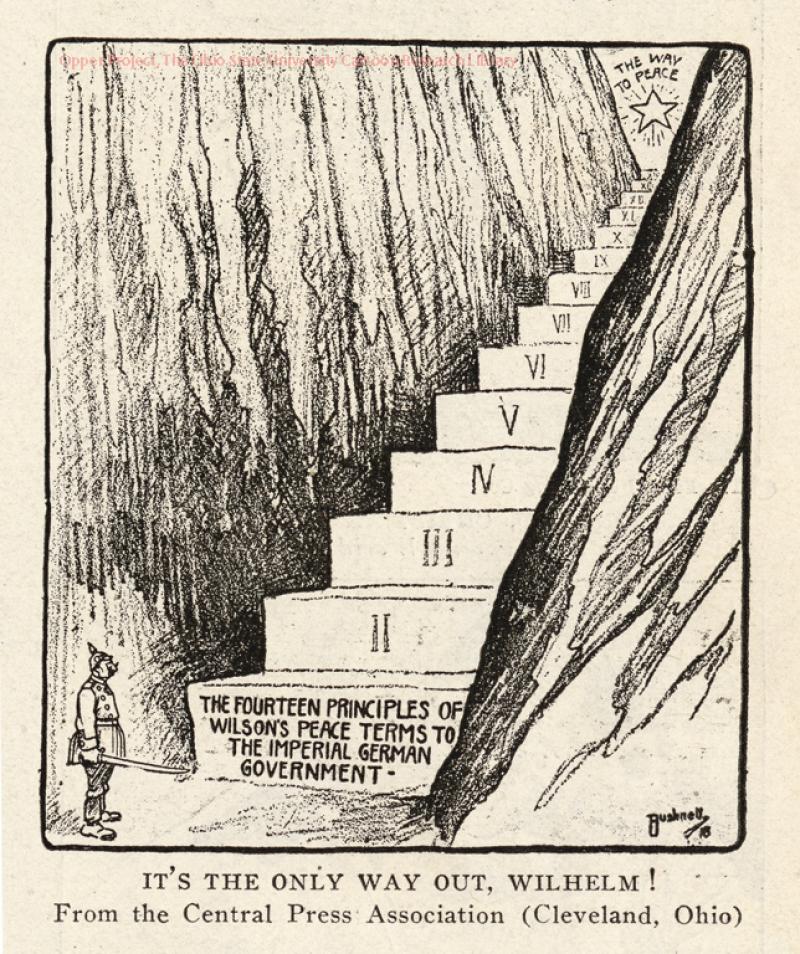 President Woodrow Wilson announced his fourteen point plan for European peace in January 1918. The Fourteen Points included free trade, open diplomacy, arms reductions, and an international organization to settle disputes without war. Wilson intended to solve the problems that led to World War I and thus prevent another European war. This cartoon accurately predicted that the German government would eventually agree to an armistice (cease fire) in November 1918 based on the Fourteen Points.