The Age of Reform 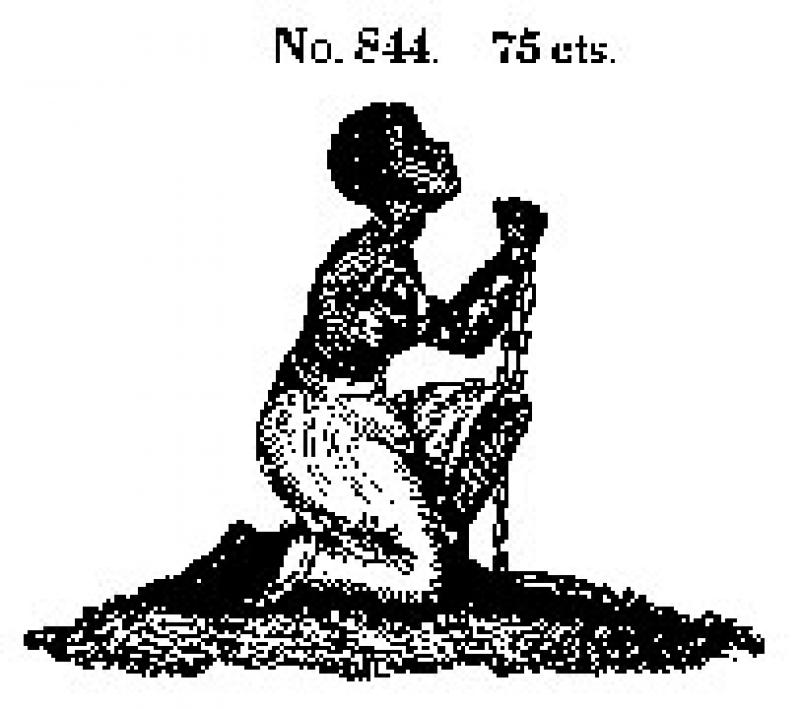 Introduction:
The reform movements that swept through American society after 1820 were reactions to a range of factors: the Second Great Awakening, the transformation of the American economy, industrialization, urbanization, and lingering agendas of the revolutionary period. As a way of introducing students to the variety of reform movements, this lesson looks at two reform movements—anti-slavery and women's rights. In addition to learning about the beliefs and motivations of each group, we will seek the cultural connections among the various reform impulses.

In order to get a sense for abolitionists and their debates, both among themselves and with others, students should begin with readings about the American Colonization Society.
The gradualism of Colonization was swept aside by calls for immediate emancipation. To convey a sense of this transformation, ask students to read John G. Whittier’s poetic account of the founding convention of the American Anti-Slavery Society, "Our Countrymen in Chains!". The PBS site maintained by Africans in America on William Lloyd Garrison and the American Anti-Slavery Society has links to articles from The Liberator, including an editorial on David Walker’s Appeal and a letter from Harriet Beecher Stowe. Students should also read Garrison’s inaugural editorial. Students should be asked to account for Colonization’s failure to ignite the public, despite the support of national leaders like Thomas Jefferson and Henry Clay. Students might also be asked to draw connections between reformist impulses and Garrison’s absolutist immediatism. For further information, students could consult the Nineteenth Century in Print sites (at Cornell University and the University of Michigan), which include interesting minor texts relating to anti-slavery in general, or the Abolition and Slavery website at Louisiana State University, which contains a wide variety of resources, including background articles, slave narratives, landmark legislation, and court cases.
Just as there were prominent African-Americans in the Colonization movement, black voices also emerged in other anti-slavery groups. In order to illustrate the absence of consensus, even within the black community, teachers should ask students to read in the following documents. They might begin with these excerpts from David Walker’s,1829 Appeal . . .to lthe Coloured Citizens of the World, but in Particular, and Very Expressly to Those of the United States of America. For Frederick Douglass’s Narrative, they could see visit this web site. Images of Douglass’s two newspapers can be found here; and a comparison between Douglass’s North Star and Garrison’s Liberator. Douglass's public addresses are available in The Frederick Douglass Papers at the Library of Congress web site. For an interesting compare and contrast exercise, students could read both the autobiography of Samuel Ringgold Ward, another fugitive-slave-turned-abolitionist, and the Douglass Narrative.  Teachers should visit this site for more full texts of major abolitionist writings, including Rev. William Goodell’s Slavery and Anti-Slavery: A History of the Great Struggle In Both Hemispheres.
The scripturally argued An Anti-Slavery Manual by Rev. John G. Fee might provide an effective counterpoint to Douglass, Ward, and Goodell, as well as to Garrison’s anti-slavery positions. The images in the Anti-Slavery and Civil War section of the LOC’s Printed Ephemera Collection help trace the activities of the anti-slavery movement.  Of particular use is a printer’s specimen book showing various “stages” in a slave’s realistic or hoped-for life: a free man in Africa, a man for sale, a runaway, married, and a fugitive. This specimen page would be a great primary source around which teachers could frame a discussion over the respective goals of Colonization and immediatist abolition. Finally, ask the students how black and white abolitionists differed.
For yet another set of perspectives, students should also read the works of women in the anti-slavery movement, such as Angelina Grimké’s Appeal to the Christian Women of the South and her “Speech at Pennsylvania Hall.” The Online Archive of Nineteenth-Century U.S. Women’s Writings website has several works by Lydia Maria Child. A selection of her letters has been collected on archive.org. The experience of a black, female abolitionist is represented in Olive Gilbert’s 1850 Narrative of Sojourner Truth. Students may look at the 1850 Narrative at the Digital Schomburg African American Women Writers of the 19th Century website. A good student exercise after reading Gilbert’s Narrative would be to construct the ways in which Gilbert’s narration has changed both Sojourner Truth’s presentation and reception, including the current arguments over the famous phrase, “Ar’n’t I A Woman?”

Primary Source: “Declaration of Sentiments & Resolutions“ proclaimed at Seneca Falls is available on the Elizabeth Cady Stanton & Susan B. Anthony Papers Project web site at Rutgers. Other related documents are also available on the site. Information on the interactions between women and men and among various reform impulses can be found at the Women and Social Movements in the United States 1600-2000 website. This site maintains folders containing documents and topical discussions about such subjects as the appeal of moral reform to women, Lucretia Mott’s combined interest in anti-slavery and women’s rights, and men’s support for women’s rights. Julia Louisa Lovejoy’s Selected Letters from Kansas (1855-1863) gives us the perspective of an abolitionist pioneer in Kansas. Following up on the exercises in Part 1, students should compare the Seneca Falls “Declaration of Sentiments” with Garrison’s AAAS “Declaration of Sentiments.” How and why was the Seneca Falls document modeled on Garrison’s? What further connections be made with the “Declaration” proclaimed in Philadelphia in 1776? The essays at the Women and Social Movements site should work as springboards to a discussion about the connections between the various reform movements.

"The Drunkard's Progress: From the First Glass to the Grave,” 1846;
"The Way of Good and Evil";
"A Case of Infectious Fever,” 1820; and
"Tree of Intemperance,” 1855.
The songs of Henry Clay Work (1832-1884) offer another approach to the interconnections among reform movements. Work wrote popular songs, several of which enjoyed wide currency in his times; one, “Marching through Georgia,” remains widely known today. Have the students read or listen to Work’s songs; the site holds audio versions as well as the words. Have the students pay particular attention to the following song: "Marching through Georgia," "Babylon is Fallen," Kingdom Coming," and "Come Home, Father." These songs conflate several reform impulses, especially temperance and anti-slavery. How are these songs representative of the reformers? How do they combine more than one impulse?
Teachers might want to print out the words to these songs and lead sing-alongs, accompanied by the synthesizer score provided by the site.