The Tenement - A Menace to All 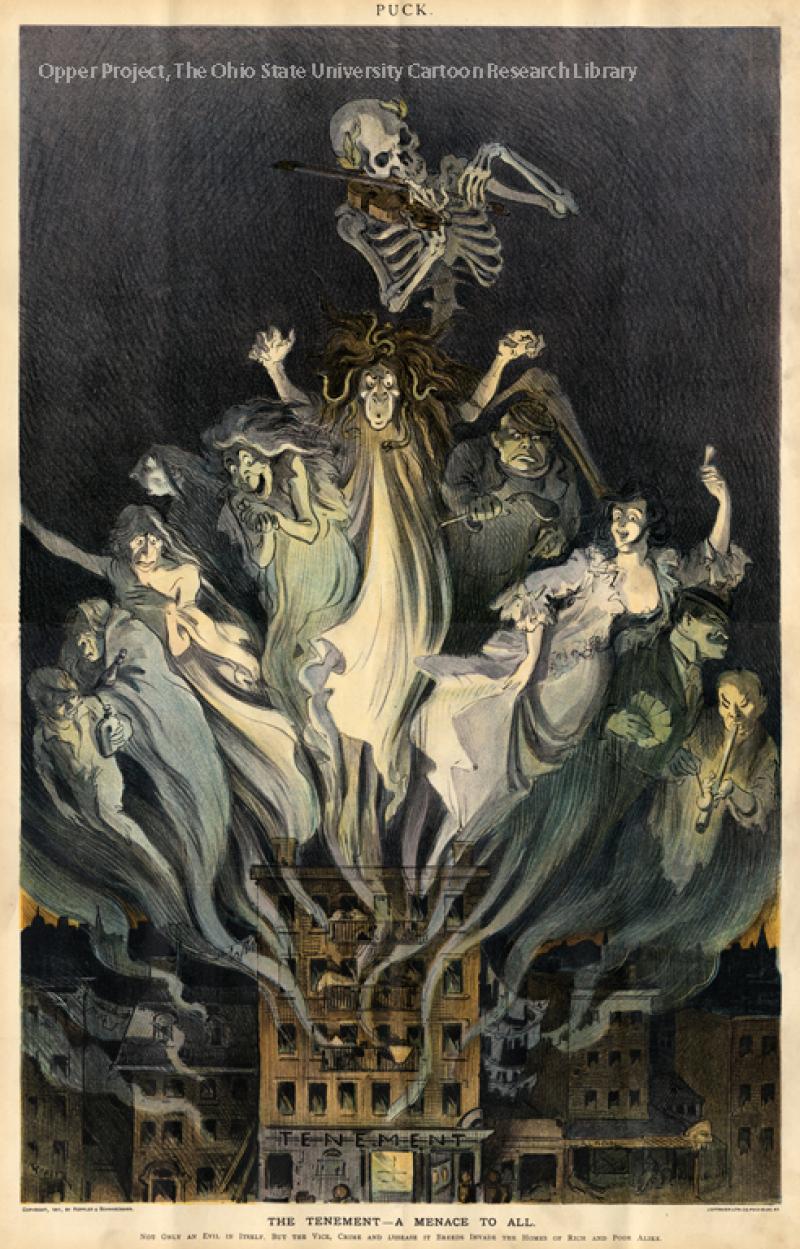 A central goal of progressive urban reform was the elimination of tenements. Tenements were multi-story apartment buildings developed in the late 19th century to house growing populations, especially immigrants, in large cites across America. While they were an improvement in housing for many who lived in them, they were also overcrowded and unsanitary. Tenements were low cost housing used by people on the way up or the way down the economic ladder. The cartoon shows the type of problems associated with tenements. Progressives wanted to tear the tenements down to displace these civic evils.