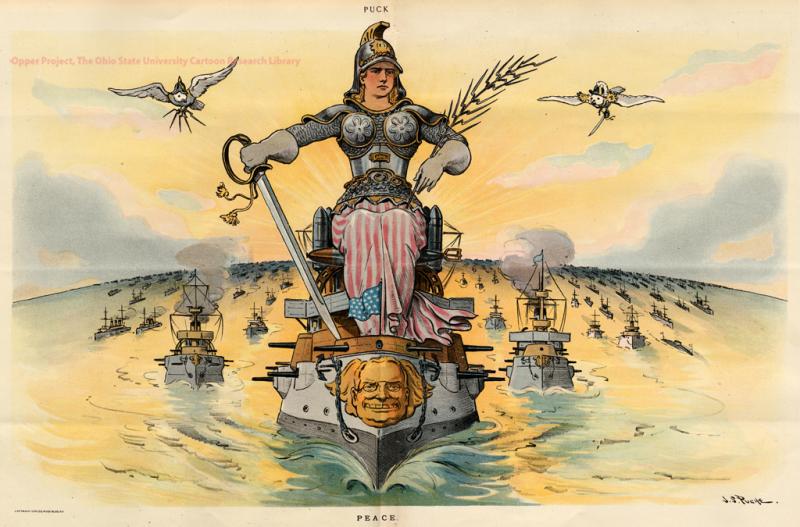 President Theodore Roosevelt, former Assistant Secretary of the Navy, was a staunch supporter of a strong navy. Roosevelt instituted a new policy known as Corollary of the Monroe Doctrine during his term. The Monroe Doctrine was designed keep Europeans out of the Americas, but the Roosevelt Corollary placed the United States as the chief and guardian of the Americas. Control of the seas was an important part of that doctrine, a control made possible because industrialization had sped up process of making battleships. Political cartoons in 19th Century often depicted America as a woman, Columbia. Here she is depicted in full war regalia. During the Spanish-American War, many cartoons began to depict the United States as a man, Uncle Sam.