Lead Us Not into Temptation 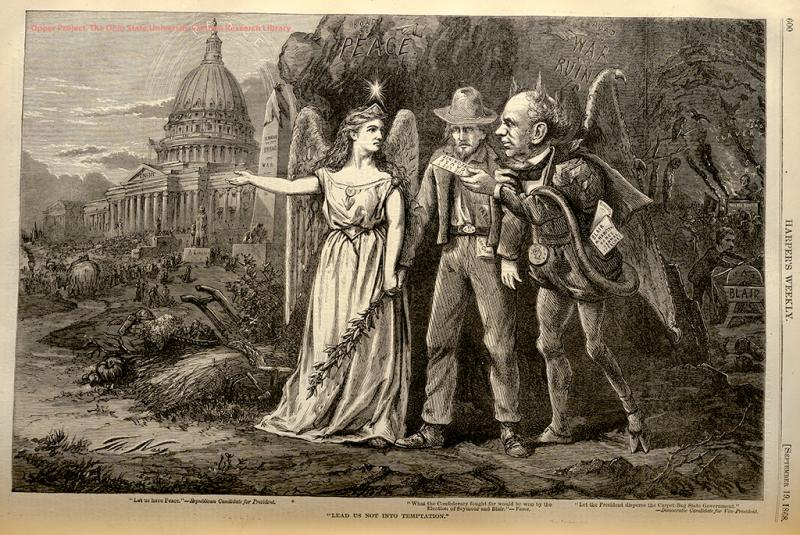 In March of 1865, one month before the South would surrender and admit defeat in the Civil War, Abraham Lincoln surprised many people by the conciliatory tone of his Inaugural address. He said, "With malice toward none, with charity for all…let us strive on to finish the work we are in, to bind up the nation's wounds." This was a far cry from the spirit of revenge that many expected to see after four years of brutal warfare. Additionally, Lincoln did not mention retribution for slavery as many had expected. The idea that the war, and the sharp divisions that led to it, could be forgiven that easily did not sit well with many people, especially southerners who were not satisfied with the outcome. In 1868, a presidential election threatened to reopen many of the "nation's wounds" that Lincoln spoke of. Ulysses Grant, victorious Union General, ran against Horatio Seymour, a white supremacist Democrat from New York. Thomas Nast portrayed Seymour as devilish in many of his depictions of the candidate, and here he correlates Democratic victory with war, violence and chaos. Columbia represents the United States, and she gestures toward a peaceful future under Grant, and the promise of tranquility after the divisions of the Civil War. Both characters are attempting to persuade a southern voter.