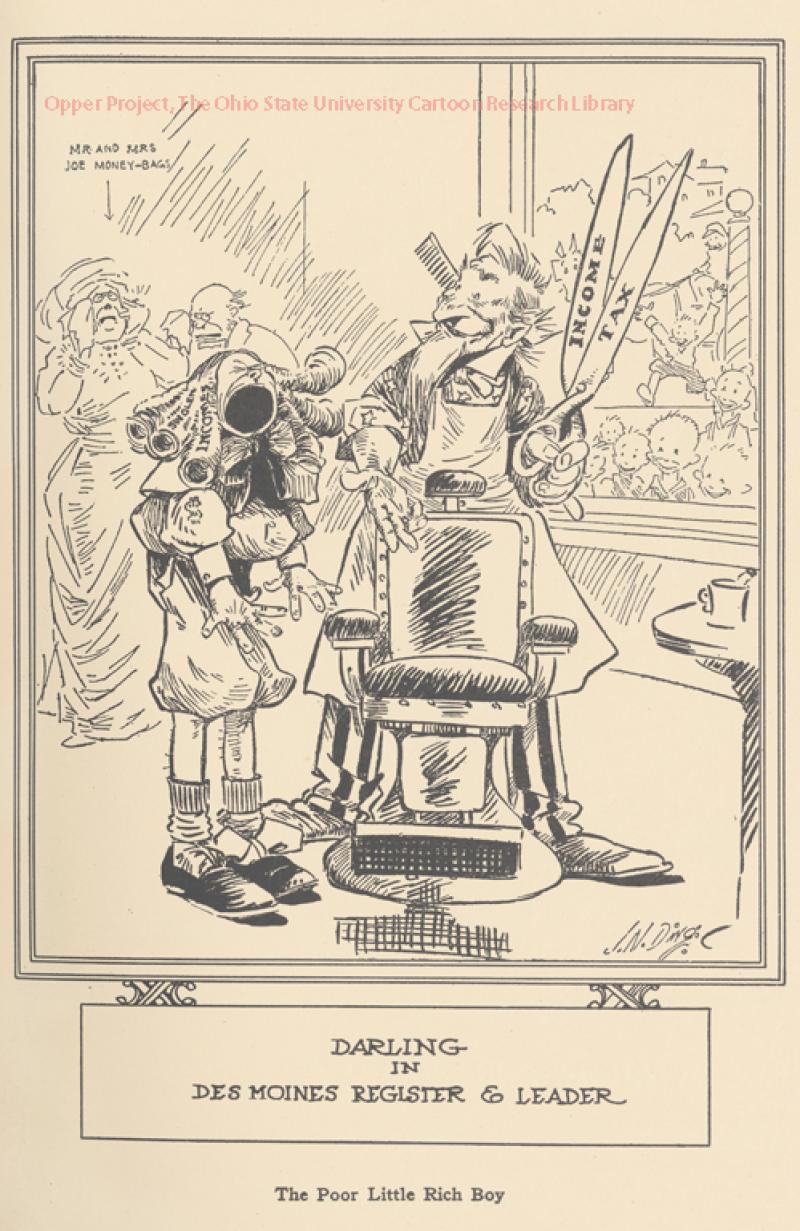 Progressivism was a multifaceted effort by middle-class Americans to reform their country’s politics, economy, and society. Reformers regarded the progressive income tax, whereby those who have more money pay more in taxes, as a necessary reform to fund government programs and provide some measure of economic equality to a society whose industrial economy created vast fortunes in the last decades of the 1800s. The Supreme Court declared federal income taxes unconstitutional in 1896. The income tax remained popular with progressive Americans, however, and in 1909 Congress passed a constitutional amendment calling for a federal income tax. By 1913 the required number of states had ratified the measure, which became the16th amendment to the constitution.

Congress then passed an income tax law, and the president, progressive Democrat Woodrow Wilson, signed it into law. Initially the income tax only affected those with the highest earnings . Here, a young man with long curls (based on the then-popular fictional character Little Lord Fauntleroy) comes to Uncle Sam who is going to cut his “high income” hair. The younger, less affluent children have all gathered at the window to watch the spectacle. The income tax amendment passed amid some general concerns about the power of government, but the self-serving complaints of the rich were generally ignored at the time.