In Order To Get the Sugar 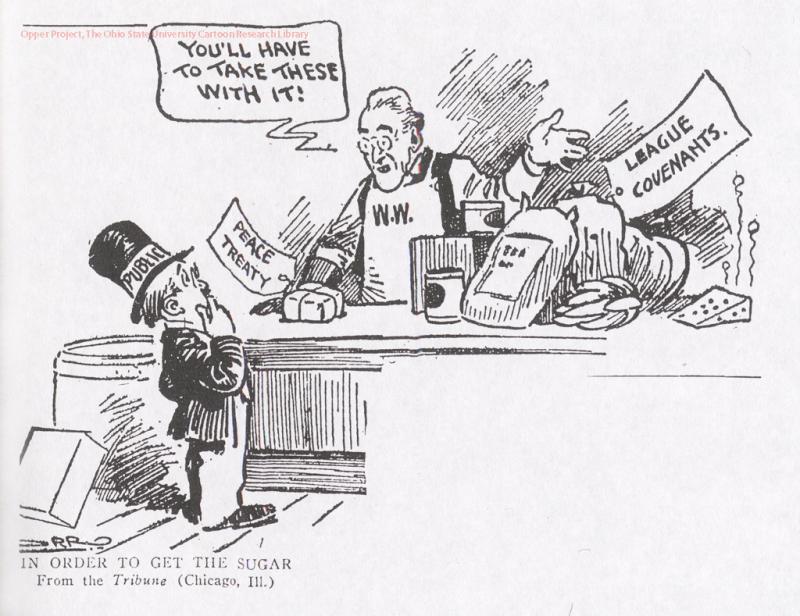 Reprinted from The Chicago Tribune in Review of Reviews Vol 60, No. 6

The Treaty of Versailles ended World War I. United States President Woodrow Wilson was a key figure in the peace conference, because his Fourteen Points formed the basis of the negotiations. The Fourteen Points included free trade, open diplomacy, arms reductions, and a League of Nations. The latter international body was to be a forum for settling international disputes without war. The final treaty was unpopular with many Americans and the Republican Senate because it required joining the new League of Nations, many Senators suspected would take away U.S. rights. Wilson refused to compromise, saying the treaty had to be ratified without change. In the end, the Senate refused to ratify the Treaty rather than accept parts Senators did not like.