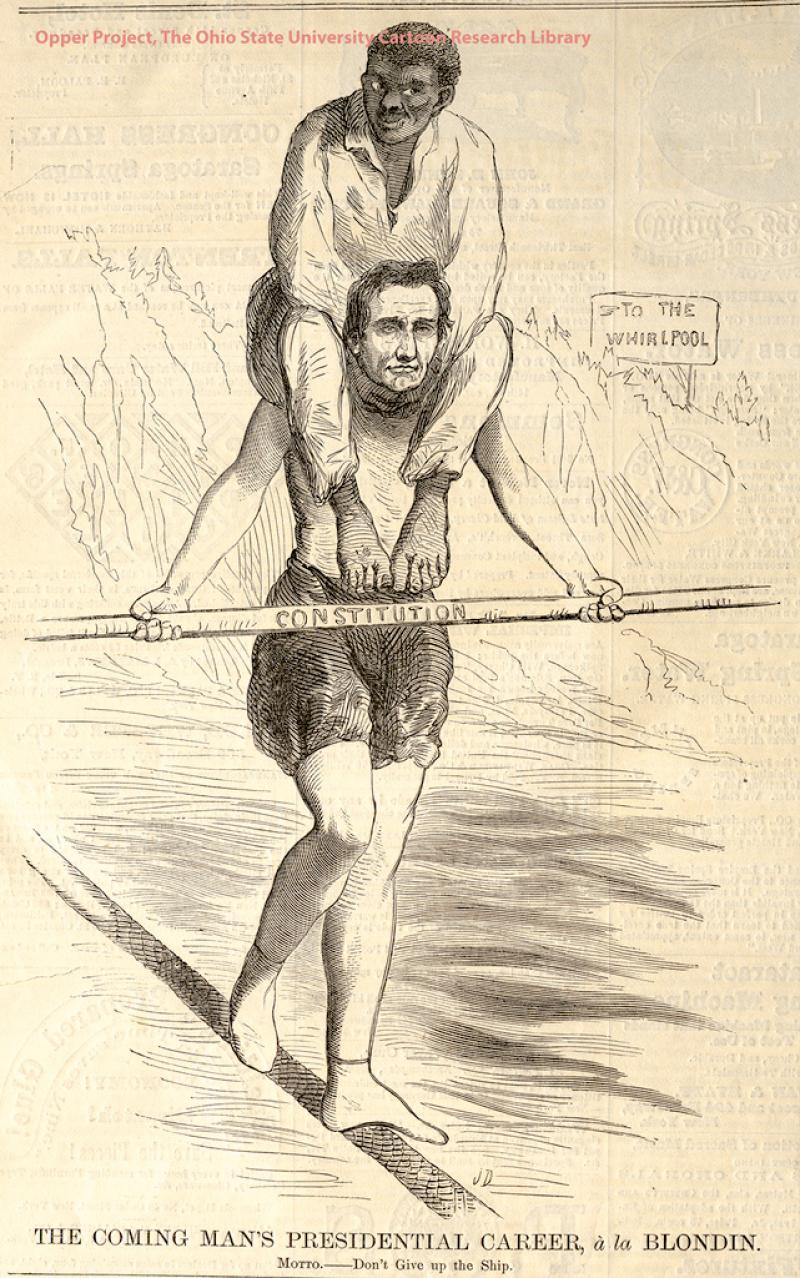 Abraham Lincoln was elected in 1860 amid rising regional tensions between the North and the South. While the issues that flared up were not immediately about whether or nor slavery should be legal, the problems essentially stemmed from this basic issue. Additionally, Lincoln was a northerner and he appeared to be sympathetic to abolitionists, and thus not a single southern state voted for him in the election of 1860. Still able to win a plurality of the votes and get elected, Lincoln's election signaled a major turning point in North/South relations. Here Lincoln is depicted as carrying the burden of slavery on his back, while trying to balance the constitution as he navigates a tight rope (Blondin is a famous tight-rope walker of the 19th century). The situation was precarious, and it was about to turn into open war.