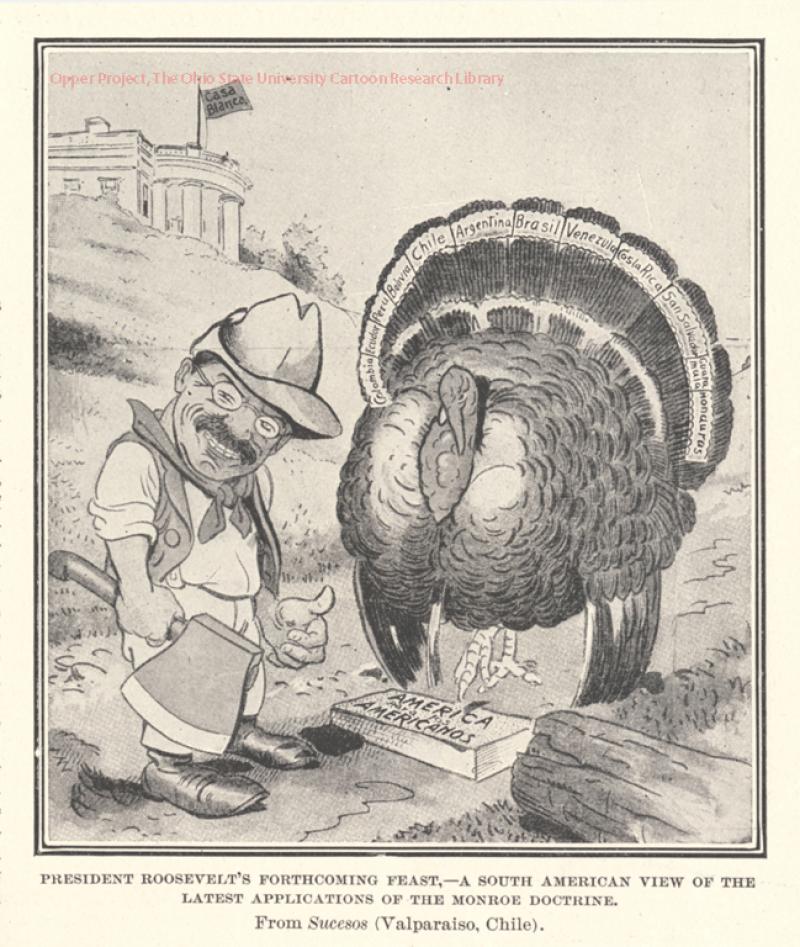 This cartoon from a newspaper in Chile is a response to the Roosevelt Corollary to the Monroe Doctrine. The Monroe Doctrine was designed keep Europeans out of the Americas. President Theodore Roosevelt’s Corollary declared the United States as the head and enforcer of the Americas. The cartoonist depicts Roosevelt standing in front of the “Casa Blanca” (White House) and preparing to slaughter a large turkey with feathers labeled with South and Central American countries. The chopping block is labeled “America para los Americanos” (America for the Americans).