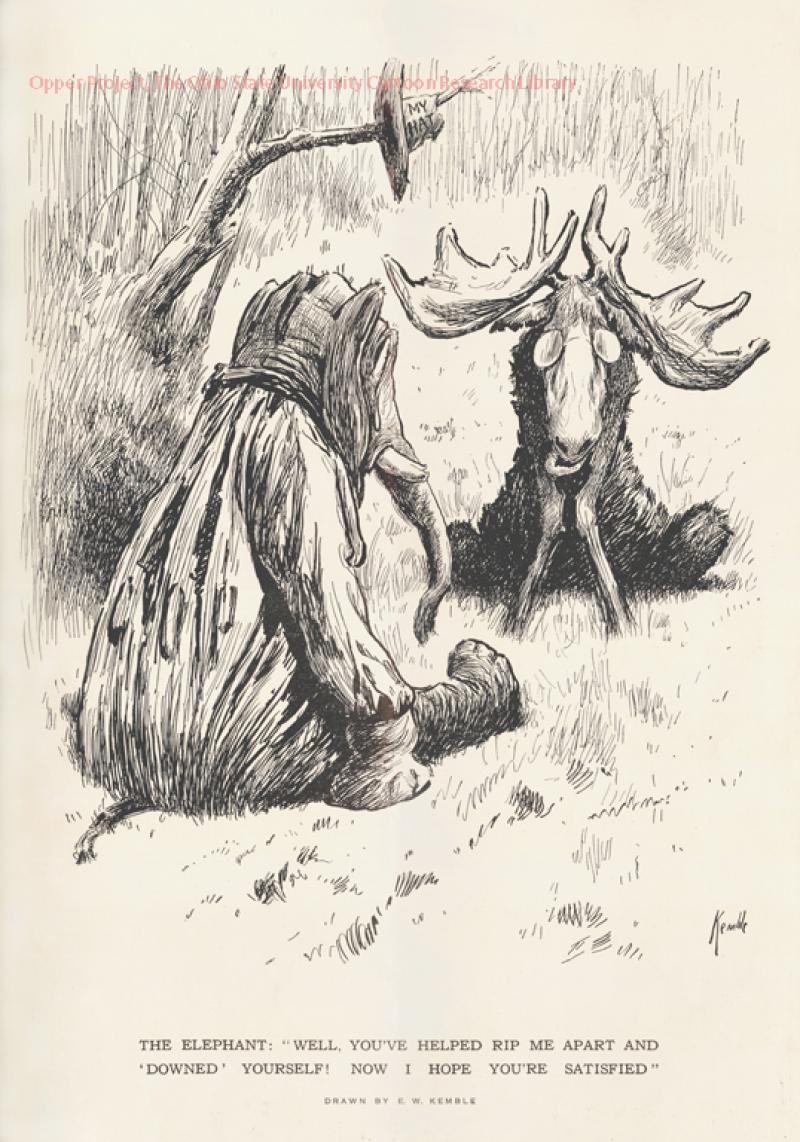 Woodrow Wilson won the election, but he did so with fewer popular votes than the losing 1896 Democratic candidate William Jennings Bryan, Many Republicans argued at the time that Roosevelt's Bull Moose campaign divided the Republican vote and gave the election to Wilson.