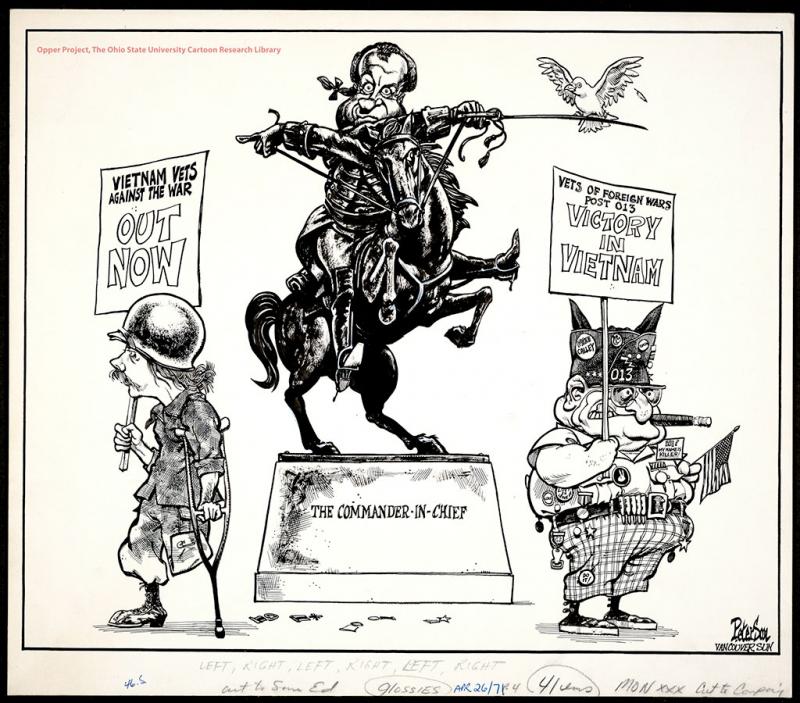 The Vietnam war represents the first time that veterans protested en masse against the war in which they participated. Many soldiers who fought in the war were conscripts who had no choice and may not have supported the war. Veterans returned from Vietnam to a country that was bitterly divided over the conflict and many received little sympathy for their experiences, especially those who had been wounded or who suffered from Post-Traumatic Stress Disorder (PTSD). A significant moment for veterans of Vietnam who publicly protested the war came when a large assembly took their medals and Purple Hearts and threw them over the White House fence – a symbolic act repudiating any honor or valor as a result of their fighting in Vietnam. Yet, a significant group of veterans from previous wars supported the conflict in Vietnam and maintained a sense of patriotic devotion to the military throughout the war. These veterans displayed their medals as badges of honor and commitment to their country, and were often extremely upset with protestors, especially those who were formerly soldiers. On the right in this cartoon is the zealously patriotic veteran from previous wars, while the disillusioned and wounded Vietnam veteran is on the left – his medals strewn on the ground in the middle. The statue is President Nixon in the style of George Washington – the prototype of the American president, especially the Commander in Chief. Yet, Nixon appears the opposite of Washington – inept, out of control and little able to lead.