Where It Stops, Nobody Knows 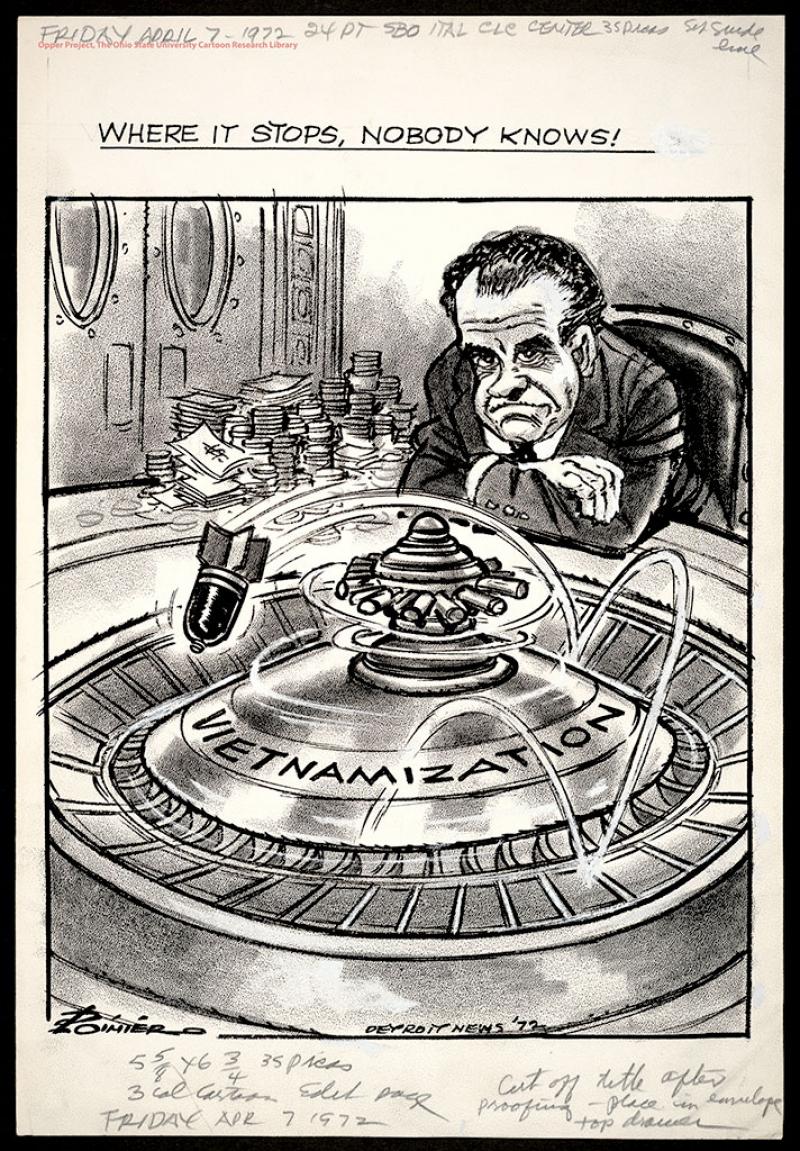 In 1968, Republican Richard Nixon was elected President. Nixon ran on a platform of ending the Vietnam conflict and obtaining “peace with honor.” His plan, called Vietnamization, relied on the training of Vietnamese soldiers to take over the fighting, which would allow for the reduction of US troop levels and a retreat to an advisory role in the conflict. While Nixon was nominally successful in reducing troop presence on the ground, he also authorized the military to increase its bombing campaign, even going so far as to conduct secret bombing on a regular basis of Vietnam’s neighbor Cambodia. The strategic argument for bombing Cambodia was that the North Vietnamese military had set up covert bases and supply lines just inside the Cambodian border. Once the American public got wind of the secret Cambodian campaign, widespread protest erupted, especially on college campuses, and opposition to Nixon and the war increased. This cartoon in 1972 characterizes Nixon’s Vietnam strategy as game of roulette in which a bomb circles the wheel.