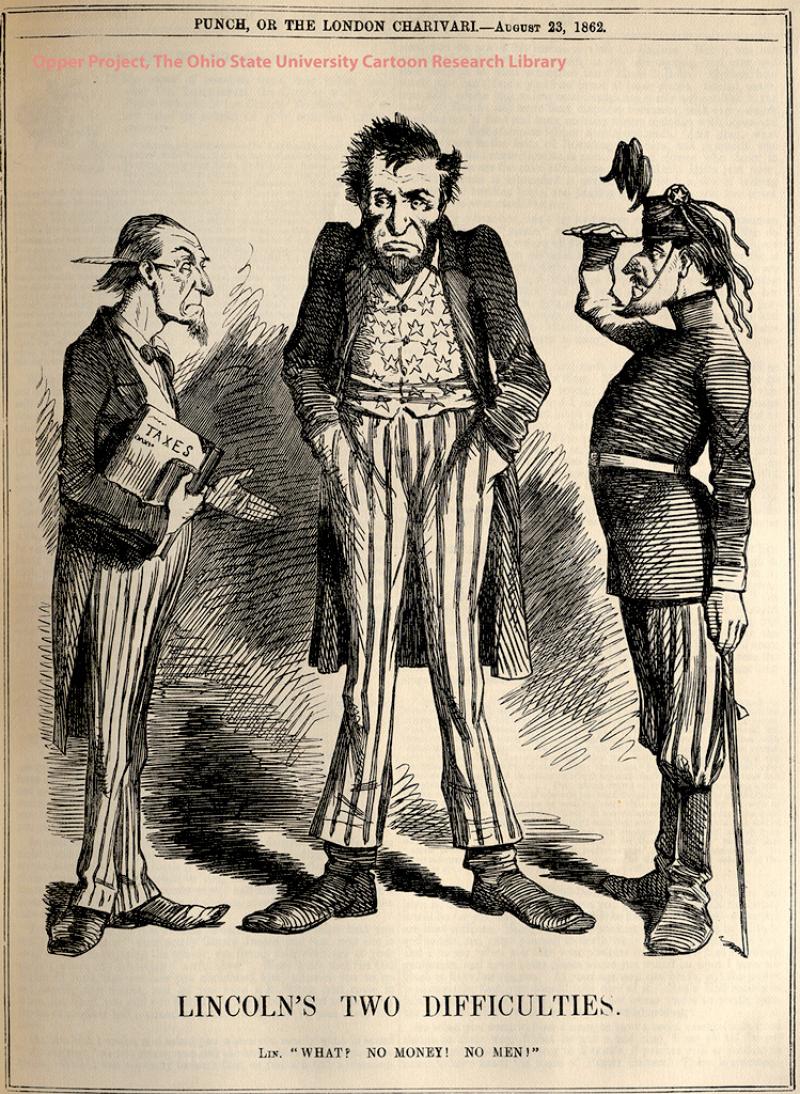 At the start of the Civil War, the North was not assured victory and the international community was doubtful that the war was a good idea given the obstacles the Union faced. Many felt that Lincoln and the Union would have a hard time finding men to volunteer to serve in the army and a harder time finding money to fund the war. Ultimately, volunteers and conscripts helped maintain a strong fighting force and the war was financed by the increased sale of bonds. Here Lincoln is represented in the classic caricature of a beggar, with empty pockets, a dingy wardrobe and a worried countenance as a banker and a soldier pressure him. Note that Lincoln is dressed in clothes that would eventually come to be associated with Uncle Sam.