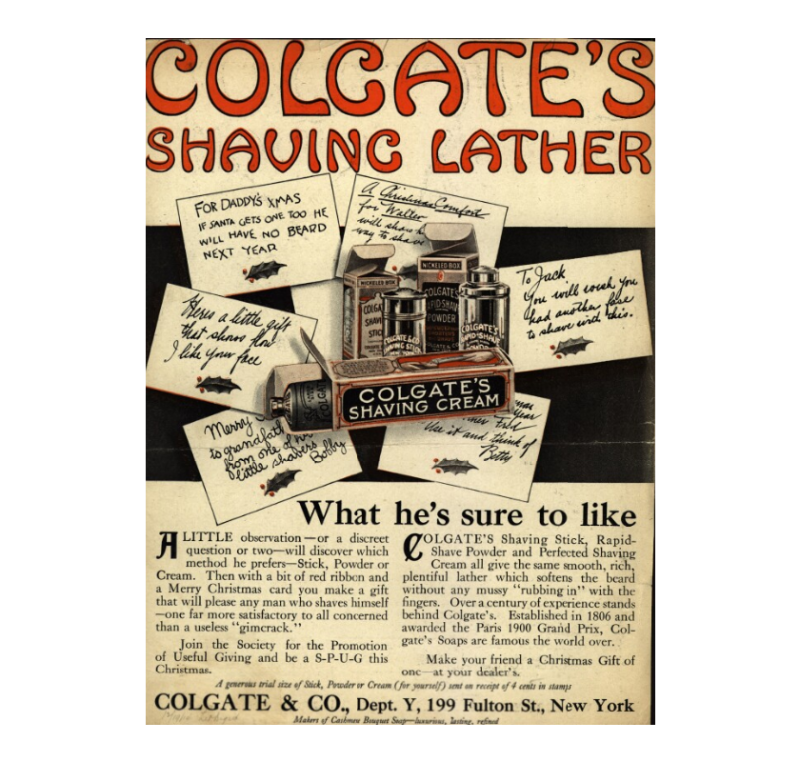 No student will deny that he or she lives in a consumer society. Many students, and adults as well, constantly worry about how others will judge their appearance and their personality. After all, as the advertisements tell us, "You never get a second chance to make a first impression." Most historians agree that personality gained societal importance over character in the 1920s, and they connect this transformation in values to the emergence of a consumer culture. This lesson plan will offer suggestions about how teachers can use primary sources to illustrate the larger social and cultural changes of the era.

Warren Susman and Roland Marchand, among other historians, have argued that a significant shift in the methods of self-improvement occurred in the 1920s, and both historians use advertisements to illustrate this shift. The shift was from an inner-directed focus on character– "I will improve my lot in life by working harder, being more disciplined, and always doing the right thing"—to an outer-directed focus on personality—"I will improve my lot in life by being funny, wearing the right clothes, and being able to talk about the right things." High school students will surely understand the later sentiment. This exercise should show how the shift occurred.
After showing an example of a typical advertisement of the early 1900s (for example this 1914 Colgate’s Shaving Stick ad which still has much more pizzazz than many other early advertisements) teachers should have students analyze advertisements from the 1920s and the 1930s available at the Ad Access site or in magazines. For a good contrast with the Colgate advertisement, see the sex appeal evident in the 1944 "Kiss me again with your Barbasol face" ad. The students should, as individuals or in small groups, write short papers explaining the differences in advertising approaches, comparing and contrasting the use of images, length of text, and the types of appeals (factual? emotional? sexual?). As a class, the students can then discuss their discoveries. This type of exercise will almost invariably lead to a discussion of contemporary advertising strategies and the use of sexual appeal and the promise of popularity to sell things.

One explanation for the triumph of the consumer culture is that manufacturers kept introducing more and more useful and enticing products while, at the same time, credit became more available to more Americans. Teachers will certainly want to explain the importance of the car as a method of transportation and as a symbol of freedom and status. While Duke University’s Ad Access site, https://repository.duke.edu/dc/adaccess, does not include car advertisements in its transportation category, it does offer access to hundred of advertisements of the two other most significant consumer items of the 1920s-1950s, the radio and the television. Teachers should have their students examine the early ads for these items to see how they were sold, literally and figuratively, to the American public. Students should be able to explain whom the advertisements targeted as well as what attributes advertisers deemed most valuable: access to information, to entertainment, or to status?
Another comparative exercise would require students to look at the same magazine during two different time periods, preferably at least thirty years apart, for example 1895 and 1925, or 1925 and 1955. In a 3-5 page paper, the students should explain the differences in the magazines by comparing and contrasting the types and topics of stories, the goods advertised and the methods used to sell them, the diversity of people represented in advertisements and in news stories. Students can use this exercise to prepare for the DBQ by using their knowledge of the surrounding historical contexts to explain the differences and similarities. Given the difficulty many students might have obtaining copies of two magazines from the earlier decades of the last century, teachers might want to get 5 issues from the local library and have the students work in groups.

As part of a continuing discussion of stereotypes, racial, gender, and other, in American life, teachers should ask students to prepare a short paper or report on the existence and persistence of these stereotypes in the advertisements presented in the Ad Access web site. Students can easily isolate a category by using the search features provided. The categories include sports, military personnel, African-Americans, Asians, Middle-Easterners, children, and many more. Again, a comparison of the ads from the 1920s-1940s with more modern ads should interest and educate the students.