Cold Cases: Who Won the Race to the North Pole - Cook or Peary? 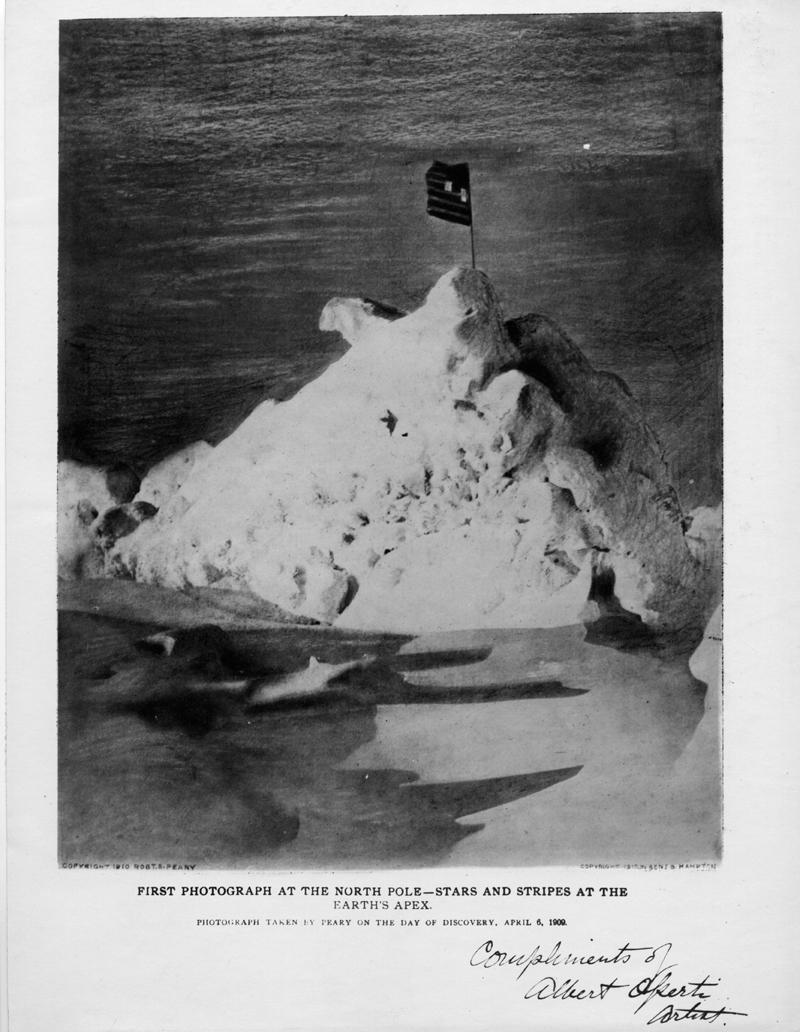 This image is supposedly the first photograph of the North Pole taken on the Peary expedition.

The question—Who was first to the North Pole?—has been hotly debated, and still is to this day. Dr. Frederick A. Cook claimed that he reached the Pole on April 21, 1908. Cook claimed that drifting ice prevented him and his party from returning to civilization until 1909, when he made his announcement on May 21. In the meantime, Robert E. Peary claimed that he was the first to the North Pole on April 6, 1909. The Frederick A. Cook Society collection contains a wide range of materials on both sides of this controversy. Using selections from this material, students will participate in a mock trial supporting their position of who really reached the North Pole.

Given primary sources of Cook’s & Peary’s North Pole Expeditions, students will participate in a mock trial supporting their position of who really reached the North Pole.

Provide the students a video clip of a contemporary court scene to set the stage for the following activity.