To know the impact of African-Americans in swimming

Swimwear has been an important part of fashion for generations and a reflection of the cultural sensitivities of the times. In the 1900s, for instance, women wore wool dresses that consisted of up to 9 yards of fabric. These outfits were worn with slips that covered the women's legs. Men wore knee-length long johns to the beach. By the 1920s, the hemlines became higher and continued to go up from there. Men began to go topless in the 1930s. The modern female swimsuit exposes much more skin, and men's trunks equally show more leg than precursors.

Apart from the change in hemlines and structures, another difference has been in who makes the outfits. Previously made by seamstresses, bathing suits today are mass manufactured by swimsuit makers. Many of these manufacturers produce swimwear for several brands. Manhattan Beachwear, for instance, makes La Blanca swimwear and bathing suits for Nannette Lepore, Trina Turk and Puma. Another mass manufacturer is Raj Manufacturing, which makes swimsuits for Guess, Hurley and St. John. These and other manufacturers are licensed to produce branded items because they keep costs down for the brands, especially as the majority of shoppers prefer to spend less, given the hard economic times.

By the 1920s, swimsuits were made from burlap. Rayon eventually was used to make tight-fitting suits. However, current swimwear is constructed from a diverse range of fabrics. These include nylon, which is the most common material for swimwear because it absorbs very little water, and lycra, which made its swimwear debut in the 1960s. Also known as spandex, lycra is added to most swimsuits because of its high elasticity, which improves fit. Although relatively inexpensive, lycra does have at least one drawback in that it breaks down in chlorine. In 2007, Speedo introduced fastskin as the lightest and fastest material for competitive swimwear. Unlike lycra, it does not break down in chlorine. 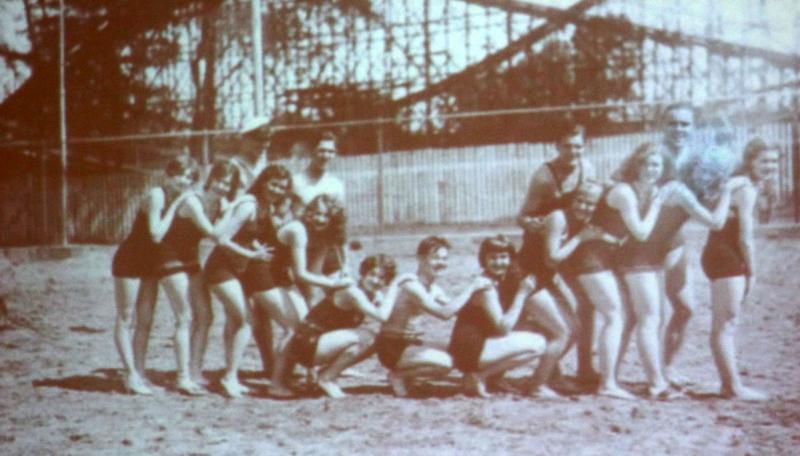 Write your own caption for this picture. (Time period, place, swimsuit type)

Look at this tag. What makes this clothing tag interesting to you? (Possibly look at the type of fabric, color, year etc.) 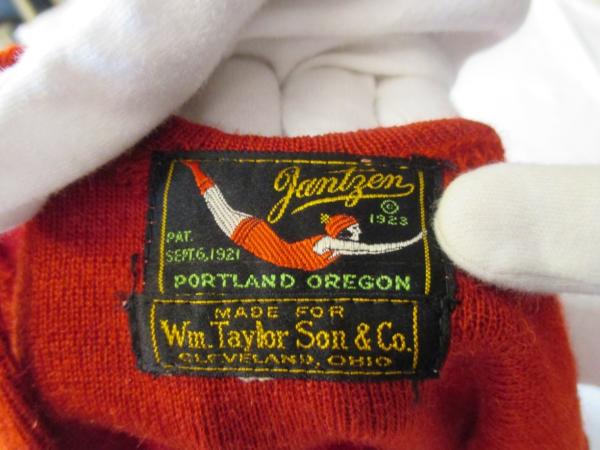 o What type of suit did he wear to accomplish this goal?

When and where was I made? 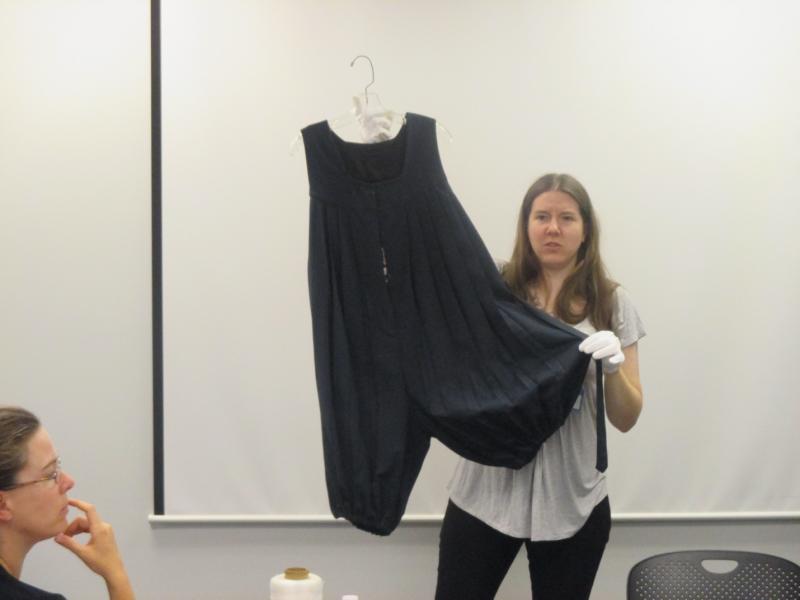  Johnny Weissmuller (born Peter Johann Weissmüller;[2] June 2, 1904 – January 20, 1984) was an Austro-Hungarian-American competition swimmer and actor best known for playing Tarzan in films of the 1930s and 1940s and for having one of the best competitive swimming records of the 20th century. Weissmuller was one of the world's fastest swimmers in the 1920s, winning five Olympic gold medals for swimming and one bronze medal for water polo. He won fifty-two US National Championships, set sixty-seven world records and was purportedly undefeated in official competition for the entirety of his competitive career. After his swimming career, he became the sixth actor to portray Edgar Rice Burroughs's ape man, Tarzan, a role he played in twelve motion pictures. Dozens of other actors have also played Tarzan, but Weissmuller is by far the best known. His character's distinctive Tarzan yell is still often used in films.

Based on events, PRIDE is the inspiring story of Jim Ellis, a charismatic school teacher who changed lives forever when he founded an African-American swimming team in one of Philadelphia's roughest neighborhoods.

What acronym logo for swim wear could I create from the movie word ‘PRIDE’? 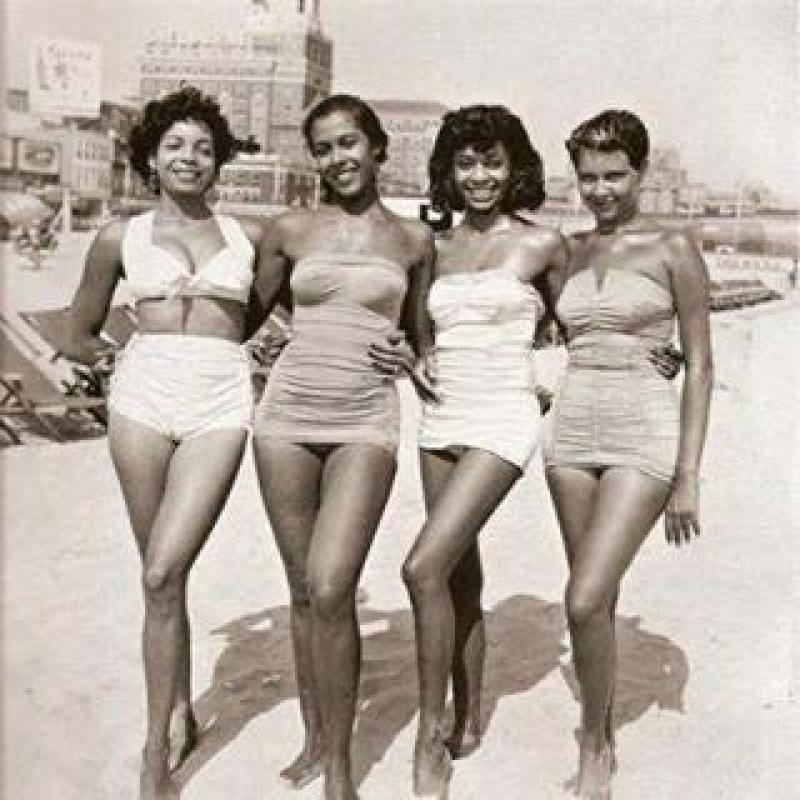 What can you say about this swimwear?

 Writing assignment in one paragraph tell what you may see different about swimwear in this picture and swim wear you wear now.
 Have students take a virtual tour of BLACK SPLASH 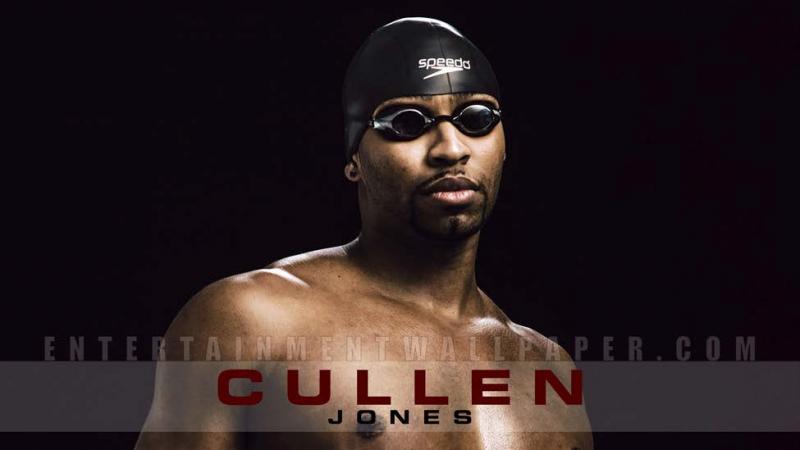 Cullen Jones 2 x Olympic Gold Medalist and the first African-American Male to win a Gold Medal at the World University Games. He is a World Record holder and currently holds the American record for the 50m freestyle.

Cullen Jones was born in the Bronx borough of New York City. He relocated together with his family to Irvington, N.J., as a boy. At age five he almost drowned at a water park in Pennsylvania. Following the near-death encounter, his mother enrolled him in swimming training, and despite being an African American competitor in a typically white sport, he excelled in the swimming pool.

What influences do blacks have on swimming and company logos? 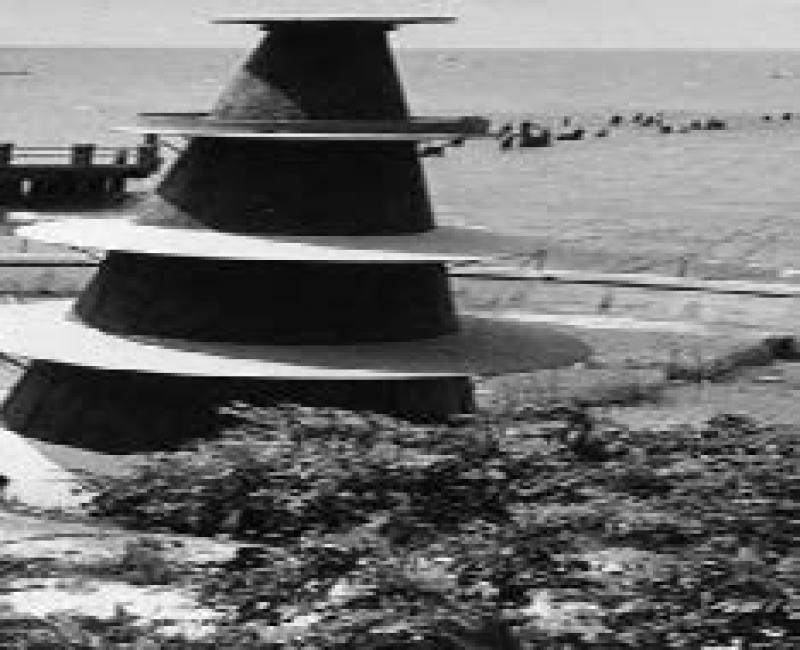 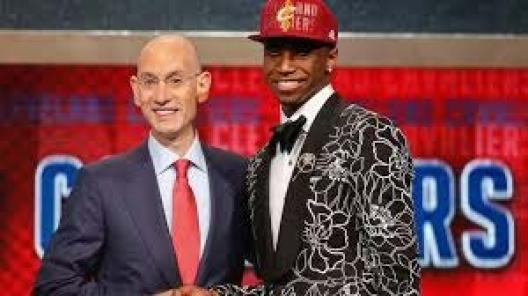 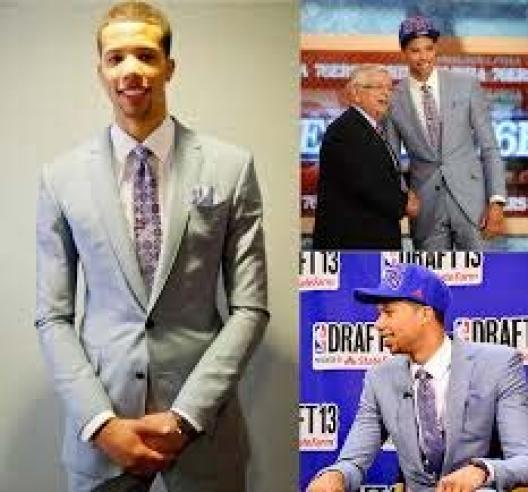 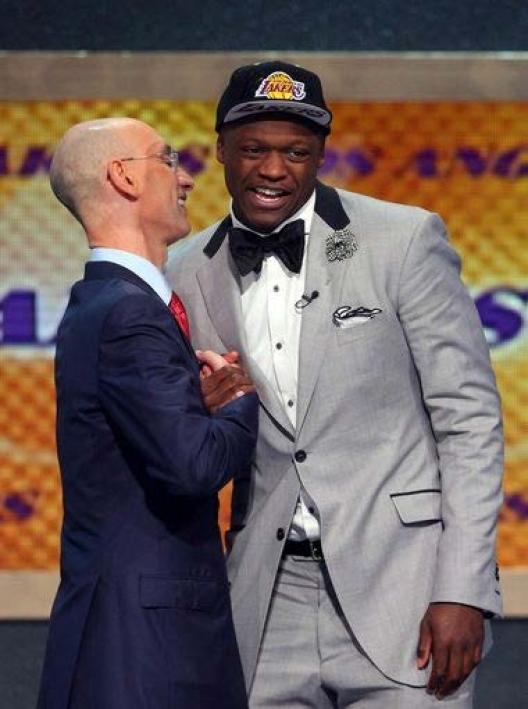