Why Is It Nobody Loves Me? 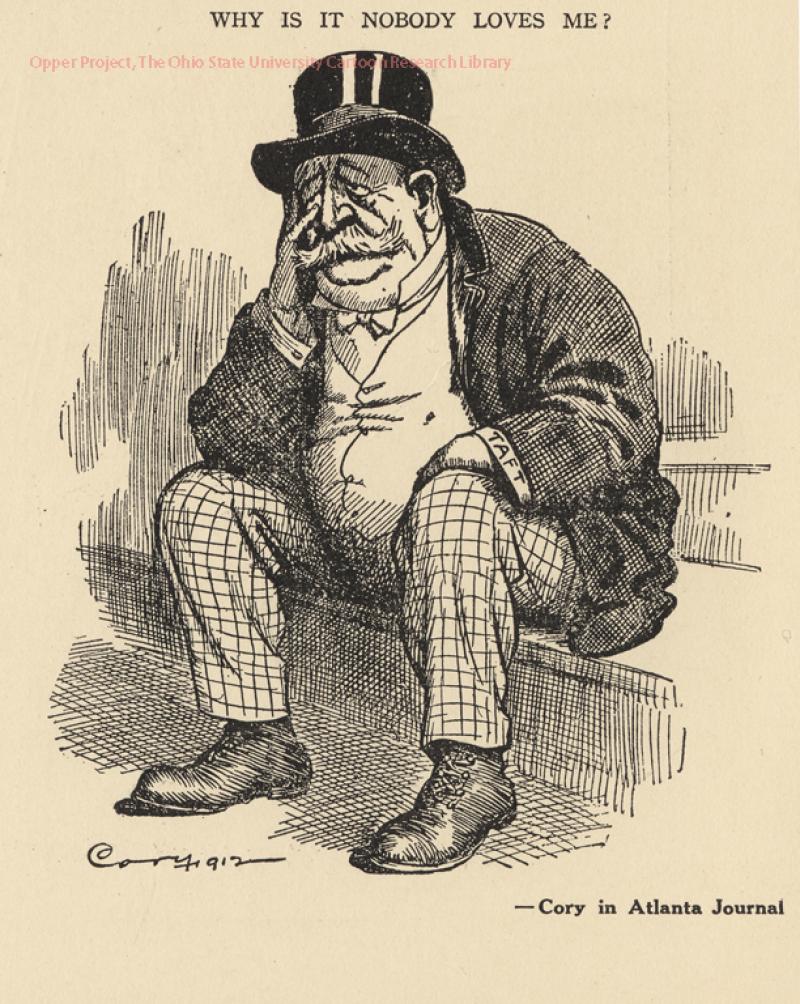 Roosevelt lost the Republican nomination to Taft in the summer of 1912. Roosevelt bolted from his party to join other anti-Taft forces in the Progressive Party. Taft, the sitting president, quickly moved to the sidelines as the real contest became that between TR and Wilson.