Come, Brothers, You Have Grown So Big You Cannot Afford to Quarrel 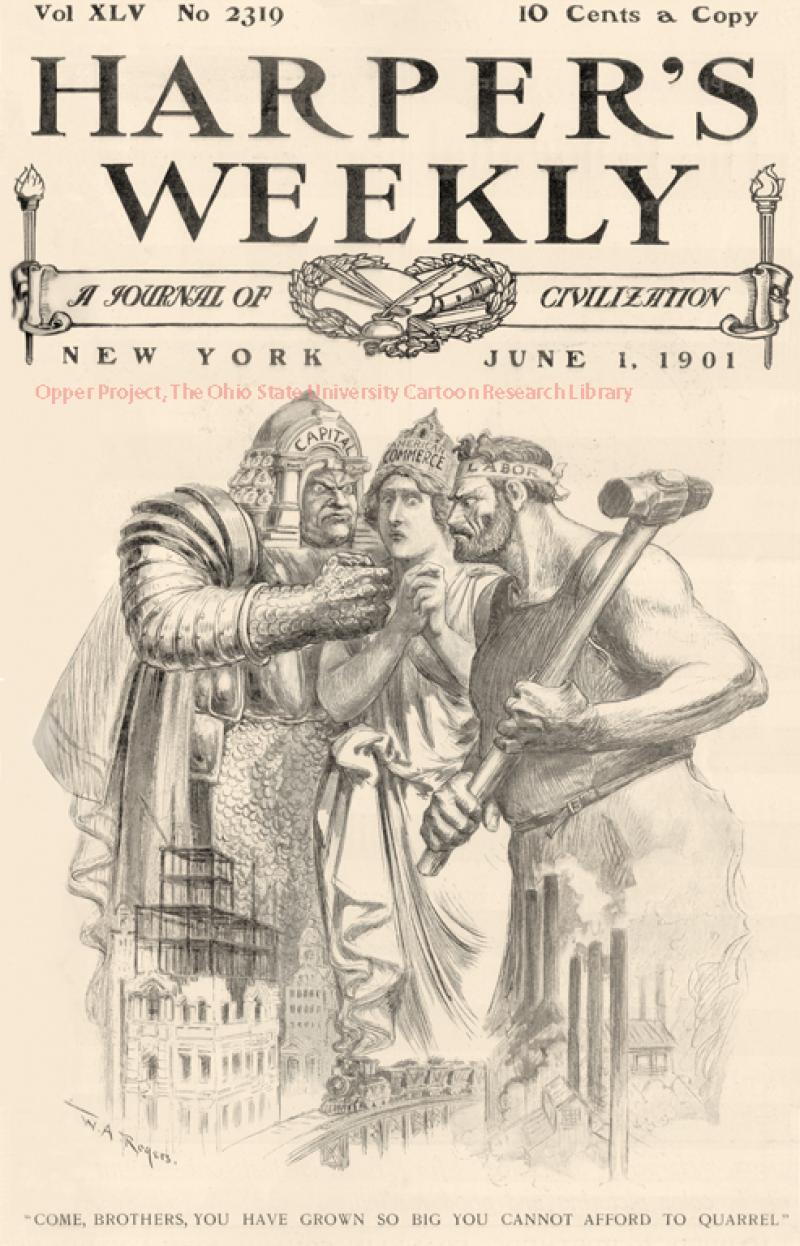 One of the broad effects of industrialization was the new rivalry between workers and managers, or as it was phrased at the time, labor and capital. The powers of factory owners and managers increased as industrialization proceeded. Workers experienced long hour, low pay, and job insecurity but could do little about these conditions. Labor gained strength, however, as more and more workers joined together in unions. The political scene became more favorable to labor once Theodore Roosevelt took office following the assassination of Republican President (and friend of capital) William McKinley in September 1901.