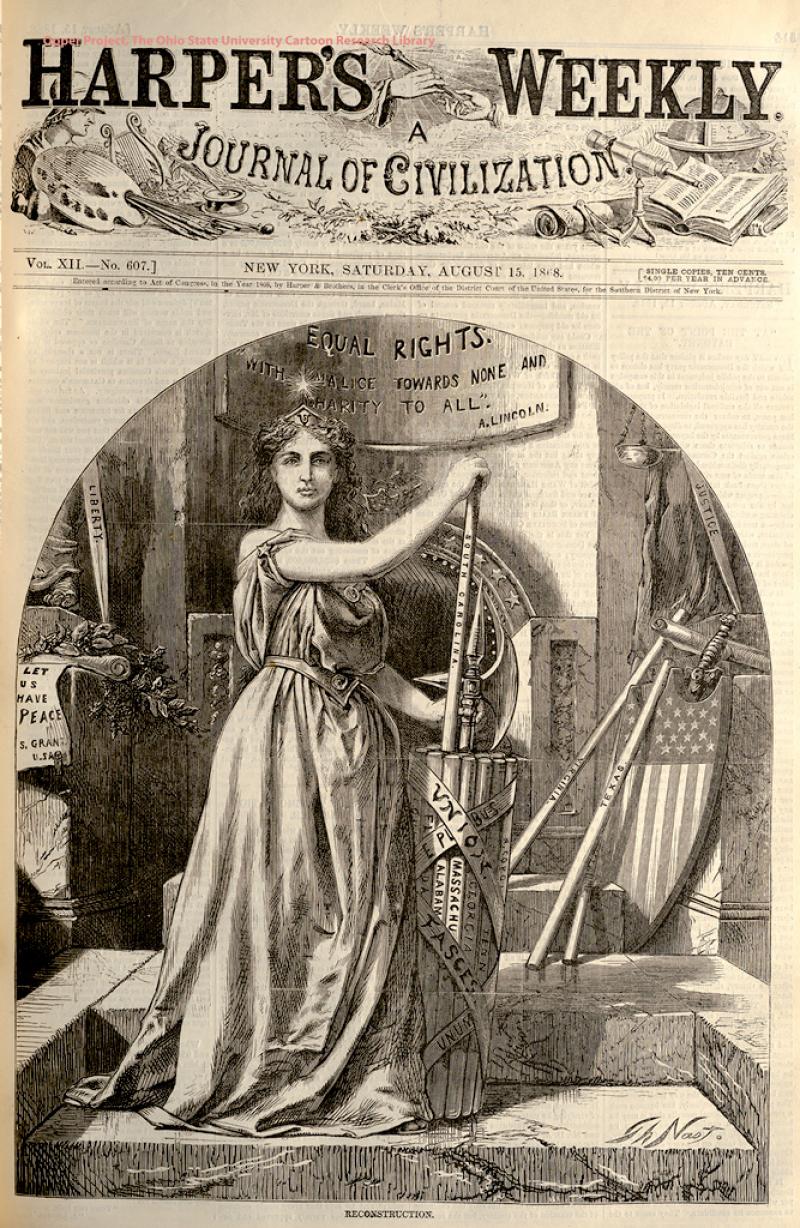 In March of 1865, one month before the South would surrender and admit defeat in the Civil War, Abraham Lincoln surprised many people by the conciliatory tone of his Inaugural address. He said, "With malice toward none, with charity for all...let us strive on to finish the work we are in, to bind up the nation’s wounds." Three years later, the election of 1868 pitted Union war hero Ulysses S. Grant, the Republican nominee, against white supremacist New York governor Horatio Seymour, the Democrat. Even though Grant was a war hero, he ran on a platform that promised peace and an end to the divisions that caused the Civil War. Seymour, however, was upset by the outcome of the Civil War and he represented the beliefs of many southerners who refused to abandon the idea of white supremacy and southern autonomy. The election threatened to stir up some of the divisions that Lincoln had hoped to bury. Additionally, the election was divisive because three secessionist states had still not been readmitted to the United States, and thus were not part of the election: Texas, Virginia and Mississippi. Here, Nast represents the United States in the guise of Columbia.