A Bombardment that Would Paralyze Them 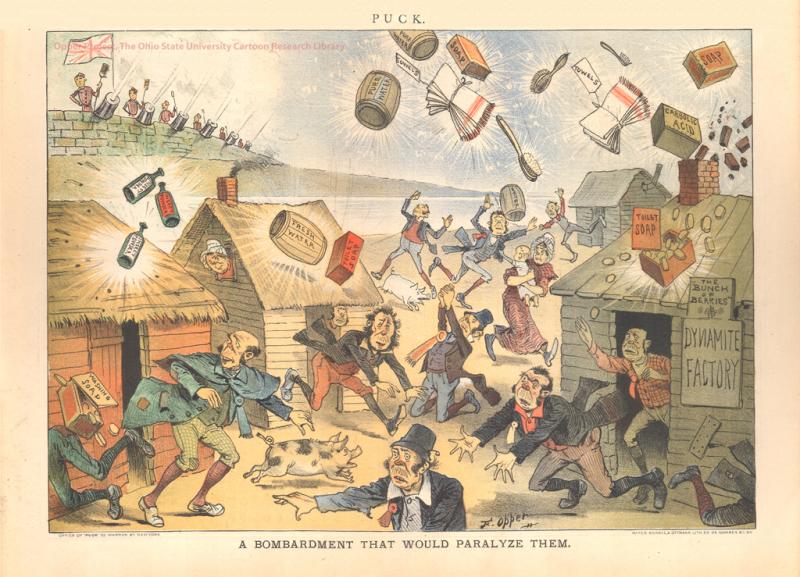 Americans of English stock had long been prejudiced against Irish immigrants because of the history of Anglo-Irish relations. Some Americans despised the Irish because of their Roman Catholic religion and identified them with gang violence. Many Irish immigrants were poor, performed manual labor, and had inferior living conditions. They were stereotypically depicted as subhuman, as in this cartoon which alleges that soap and water would terrify them.