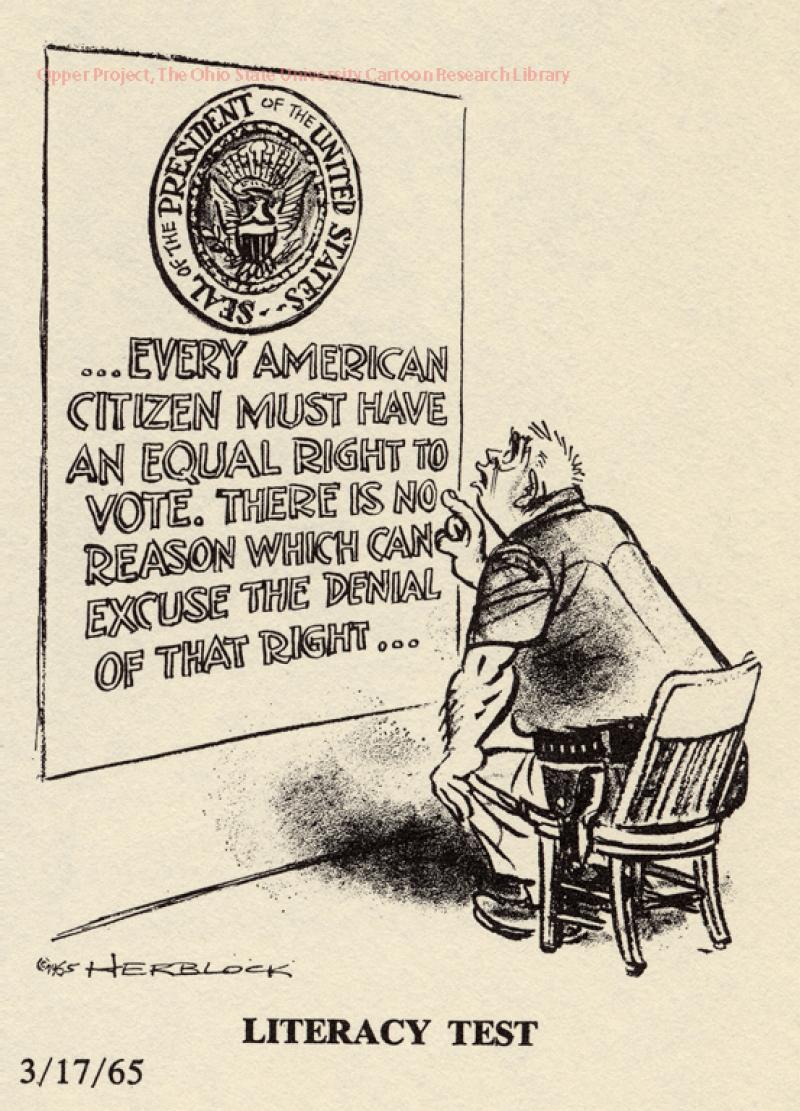 The initial focus of the Civil Rights movement was segregation, which the 1964 Civil Rights Act ended. Civil Rights leaders realized that in order to preserve what they had gained and move forward, blacks needed political rights. While the 15th amendment of the constitution guaranteed blacks the right to vote, Southern officials found various means to take that right away. One of these was the requirement to pass a literacy test in order to vote. Such tests were designed to disenfranchise African American voters, who had a higher percentage of illiterates than white voters. On March 15, 1965, President Lyndon Johnson addressed a joint session of Congress, calling for legislation that would guarantee all Americans citizens their suffrage rights, saying in part, “Every American citizen must have an equal right to vote. There is no reason which can excuse the denial of that right.” Congress passed the Voting Rights Act in the summer of 1965.