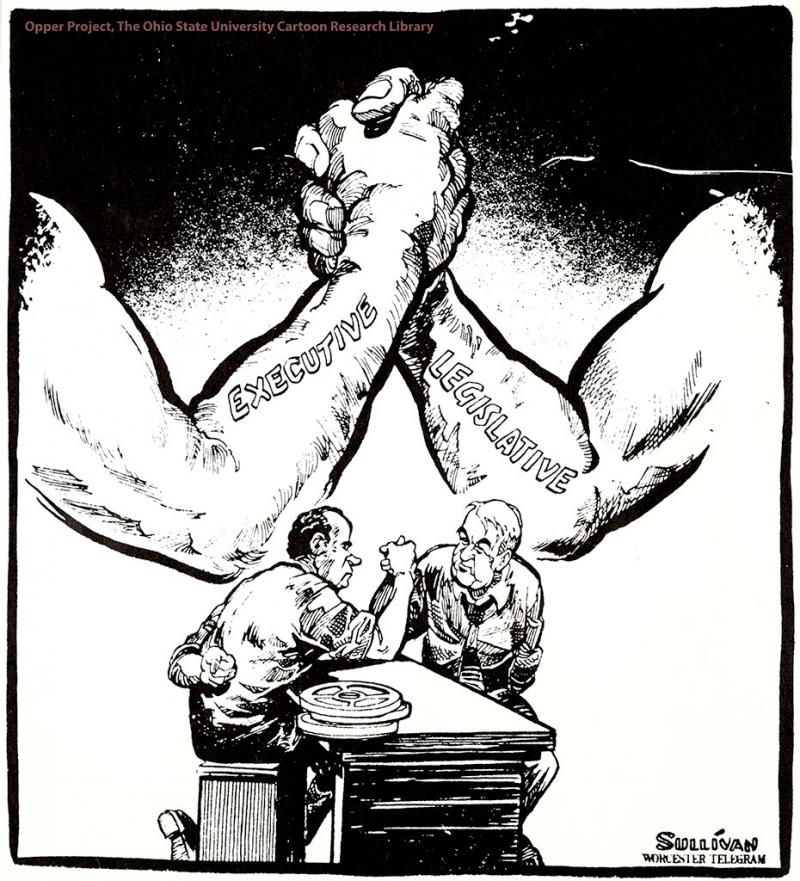 Richard Nixon was elected to the presidency in 1968 as a Republican. In 1972, Nixon ran for re-election. Because of Nixon's characteristic paranoia regarding his political opponents, his staff formed the Committee to Re-Elect the President (CREEP), which carried out various forms of political sabotage to prevent Nixon's defeat. One of the most egregious forms of sabotage occurred in 1972 when people affiliated with Nixon's campaign and CREEP broke into the headquarters of the Democratic National Committee at the Watergate Hotel in Washington D.C. with the intent to tap the phones. They were arrested, and the publicity surrounding this event threatened Nixon's reputation. Nixon and his cabinet attempted to stonewall all investigations and immediately began a cover-up of the whole affair. The House Judiciary Committee launched an investigation into the break-in, and after prosecuting those arrested on the scene, continued to investigate in the highest echelons of the president's cabinet. This cartoon depicts Nixon as the Executive "arm" of the government wrestling with the legislative "arm" over the tapes resting on the corner of the table. Nixon was known to have taped all conversations among him and his staff, and there were rumored to be tapes containing evidence that would implicate Nixon in the cover-up of the Watergate scandal. In order to prevent the Judiciary Committee from obtaining those tapes, Nixon invoked "Executive Privilege" - - a claim the president and his cabinet hold to resist certain warrants and investigations. The claim to Executive Privilege by the president is not in the constitution, and the limits of that privilege are subject to debate. Ultimately, in July of 1974 the US Supreme Court ruled unanimously that Nixon had no such claim and that the tapes must be turned over to the committee. Nixon resigned ten days later, on 8 August 1974.