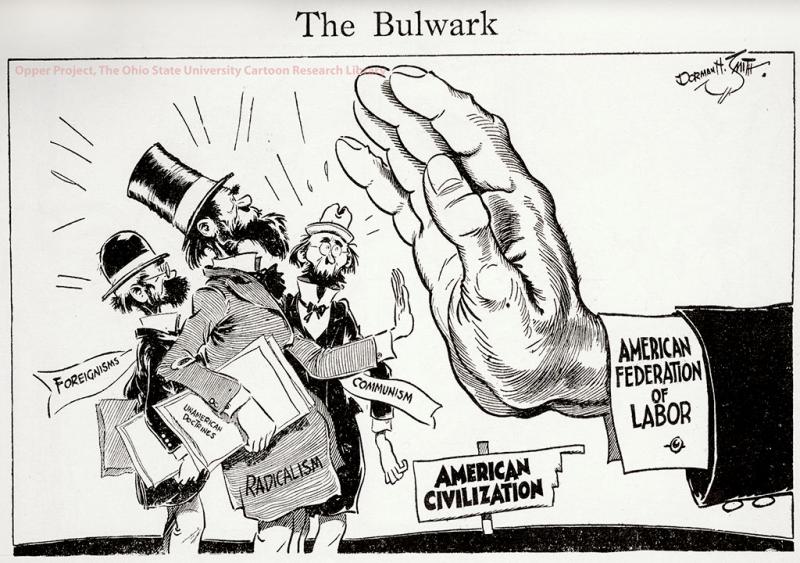 The Great Depression began in 1929 when the stock market took a severe downturn, causing widespread economic panic. The bottom fell out of the global economy, and unemployment and poverty characterized the 1930s for the majority of the population. President Franklin Roosevelt, elected in 1932, tried many experimental methods to try to alleviate poverty and bring an end to the Depression through the body of legislation known as the New Deal. The National Industrial Recovery Act (NIRA) of 1933 and the National Labor Relations Act (NLRA; also called the Wagner Act) of 1935 strengthened unions to try to help workers. Unions are controversial in American history because some see them as preventing capitalism from working effectively, while others see them as protecting workers’ interests. The largest labor union during the Depression was the American Federation of Labor (AFL), which was a conservative labor union that distanced itself from the radicalism of other labor unions and supported free market capitalism. Because the Depression appeared to expose the failures of capitalism, the debate between conservative and radical unions remained heated throughout the Depression.