At the Wrong End of the Table 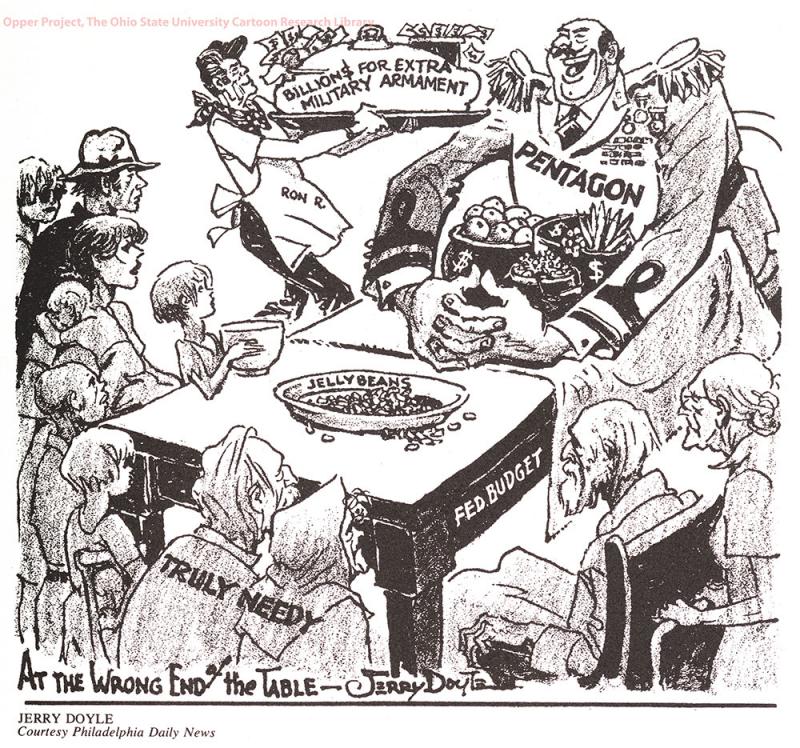 Reprinted in Best Editorial Cartoons of the Year 1982

The conflict between the United States and the Soviet Union (or Russia) in the last half of the twentieth century is called “the Cold War” because it never escalated into full-fledged battle, the United States vs. Russia, democracy vs. communism. Americans felt that communism was antithetical to the American system, and characterized the Soviet government as bent on dominating the world. The Cold War required a massive defense budget to sustain the research and output required to keep up with the Soviet weapons programs. By the 1970s, the American economy was experiencing severe recession and inflation. Increasing levels of poverty became a main example of the problems associated with recession and economic decline. As Ronald Reagan, president from 1981 to 1989, began a new arms build up, Americans who were upset by poverty and declining standards of living compared the bloated defense budget with under-funded poverty programs. The disparity in funding increased the dissatisfaction of many Americans with the economic burden of the seemingly unending Cold War.