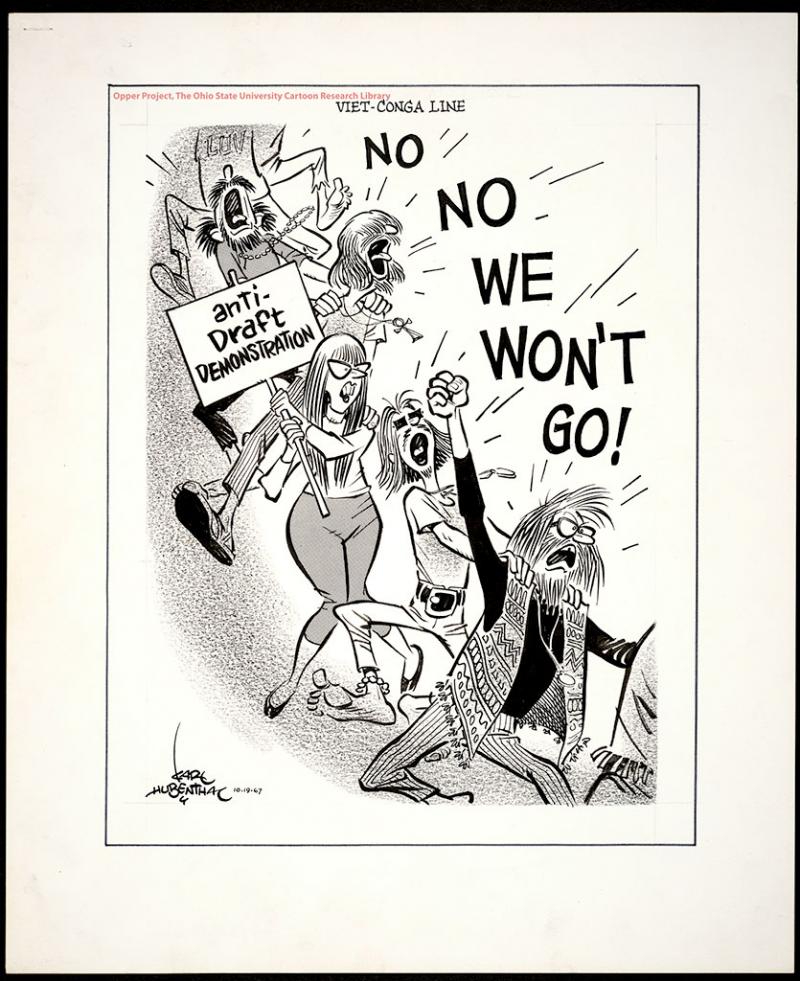 United States involvement in the Vietnam Conflict (1964 - 1973) was one of the most controversial events in American history. Many people disagreed with the motives and rationale for the war, and with the institution of the draft, people resented the heavy death toll the war had on young men sent to combat. Additionally, by 1968, the war appeared to have stagnated into a quagmire and victory was not guaranteed. One of the most popular forms of protest that emerged during this period was the march or demonstration in which catchy sayings were chanted repeatedly. For instance, "Hell no! We won't go!" was a popular phrase, which referred to the anti-draft sentiment of the protesters, indicating that they wouldn't go to Vietnam if drafted (it could also refer to their unwillingness to leave a demonstration if police threatened to break it up). The title of this cartoon, "Viet-Conga Line," reveals the artist's belief that those who protested the war were, in effect, supporting the enemy (the Viet-Cong) in the war.